It’s my first review of 2021 and what better way of starting the year is there than blasting out some vile filth courtesy of this American/German split record featuring two killer bands in the underground death metal scene. Firstly we have German death doom abominations Cryptic Brood who’ve crawled out of the festering swamp to help drag 2021 into the void. Accompanying the Germans are American gore merchants Night Hag who bring the brutality that oozes and seeps its way from your stereo to your soul. This seven track slab is due for release on the eighth of January via the awesome Rotted Life Records.

The record is opened with Mucous Fangs which starts slowly like some usual entity being dragged out of the earth, wrapped in chains and wrapped in roots, personified by old school guitar tones, piles of feedback and drums that sound really dirty, like every strike is lifting a thick layer of dust from the skins, all coming together to create a killer old school sound. It’s not long before Cryptic Brood finish dragging the entity out of the earth and start crushing you with their signature death doom sound. Guttural vocals are complimented by tortured screams from Steffen Brandes behind the kit, coming together to sound just fucking ace. You’re also immediately punched in the stomach by the bass which is tuned hella low and you can almost hear the strings rattling against the neck of the guitar, it sounds utterly caustic…so good.

The barbarity continues at a crawling pace with tracks like Swollen With Pus and Battered By Bludgeons stomping the listener into the ground with their doom laden riffs and old school death production. They finish off their half of the split with the killer Horrid Stench which features these entertaining riffs that feel natural, and fit the atmosphere perfectly. I must admit I didn’t want these fella’s half of the split to end I was enjoying it so much. I’m sure loads of people are going to dig this putrid pile that the Brood have laid out for us.

I mean after Cryptic Brood’s killer first half, can it keep up the high bar that’s already set? Well, now I’ve got Night Hag to listen to, so I can already imagine where it’s going to! I wasn’t aware of Night Hag until Steffen from Cryptic Brood recommended them as a part of my interview about his label Lycanthropic Chants. I immediately went out and picked up the groups 2018 EP Insemination Rites Of The Succubus and it blew me away with its nightmarish and demonically heavy sound.

There is no slow brooding opening like on the first half of the split, Night Hag stalk into your room in the dead of night and shake you awake with a few hits of the crash hat, then some death metal destruction with opener Epitath Of Blood. The production is rawer than the main course at Cletus Kasady’s, it’s utterly abrasive and feels apt with the madness that Night Hag are churning up. This formula continues across the three tracks with Night Hag changing the pace up with the slower Expulsion Of Rancid Phlegm. Then Night Hag use that slower pace to draw your soul out of your nose and consume it right in front of your eyes with the sensational eleven minute closer Rotting that trudges along like the group are wading through a sea of rotting corpses.

Personally I love a split, it’s a great chance to hear new music from two different artists that are usually of a similar vein and use the format as a chance to collaborate and create something together. This has really worked here, the brooding death doom from Cryptic Brood really compliments the caustic death metal from Night Hag. This is a really solid split from these two bruisers, I’m hoping that it blows up for them and gets some serious recognition across the death metal sphere. If not, I am delighted to shed some light on it. I ordered the vinyl before I even heard the record as I knew it was going to kill… you should too! 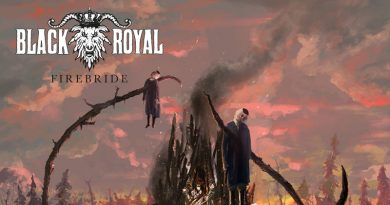 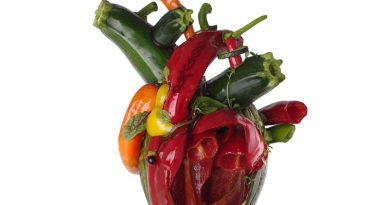