I ‘ve had the honour of reviewing two Jeff Wilson related projects this year and I thought a  broad overview of the man’s output was well overdue as he is, in my opinion, one of the most interesting musicians currently doing the rounds in metal. Jeff has featured in the black metal scene for approximately 20 years (maybe longer), starting with the band Dyngyr, with whom he recorded two demos. Since then Jeff has gone onto feature in many an outfit including:

On top of all this musical activity Jeff also runs his print screening company (since 2005) and record label (since 2012) and these are collectively known as Disorder Design Co/Disorder Recordings and are based in Indianapolis.

Below is a list of Jeff Wilson related releases that I can recommend for the uninitiated. It is by no means a definitive guide and is the opinion of the author only.

Something of an odds and sods collection with three original tracks and three covers (Slowdive, Nick Cave and the Bad Seeds and Nirvana), I don’t even like Nirvana but the cover is spectacular and far more haunting than the original ever was. A gorgeously affective album.

The follow-up to 2019s A Grief Observed, the album is an instant classic that surpasses the debut and features the hook laden Gazing Into Oblivion. As I stated in my review previously ‘Chrome Waves respectfully acknowledge black metal’s heritage while simultaneously experimenting beyond the boundaries of the genre’.

A side-project that sees Jeff tapping into more melodic and gothic territory, evoking the spirit of The Sisters of Mercy, Bauhaus and The Cure but without resorting to tired clichés and melodrama. There is a fragility and beauty to this album that you’d be a fool to ignore and is one I have had on repeat for the majority of 2020.

I usually tend to be nonplussed about live albums but this one is a belter. Featuring grimy black metal with some sludgy doom and deathrock thrown in, it’s gloriously raw as hell. I strongly recommend the killer cover of The Misfits Demonomania / Bloodfeast. Horns up!

Sadly thus far we have only had one release by this outfit, which sees Jeff teaming up with the equally talented Neil Jameson of N.I.L and Twilight to produce an ultra slow brand of funeral doom metal (fans of Finnish legends Thergothon should take note) with some synth layered intro and outro.

A hugely enjoyable departure from Jeff’s usual output, six tracks of straight ahead no nonsense crust punk and blackened death metal that leaves no room for subtlety. The EP demonstrates that Mr Wilson is also capable of letting his hair down and having fun, the GG Allin cover being a prime example.

Starting off as a straight-ahead black metal band Nachtmystium evolved to incorporate psychedelic and experimental elements as per Worldfall. This is fiercely uncompromising yet atmospheric black metal featuring two ace covers of tracks by Death In June and Goatsnake, thus amplifying the band’s diversity.

Another studio project and we have another slice of ultra heavy doom nicely juxtaposed to some lightning quick black metal. There isn’t a lot to say about Negative Mantra other than it achieves what it sets out to do and does with a satisfying lack of pretension. Another fun release that fans of those aforementioned genres will appreciate.

Could be seen as a prelude to Deeper Graves, Liar in Wait is even more melodic. They cover a Fields of the Nephilim track which despite not being a fan of that band, I did enjoy. Very well constructed goth-rock and post-punk, I strongly recommend getting hold of the split 7” they did with Planning for Burial as well. 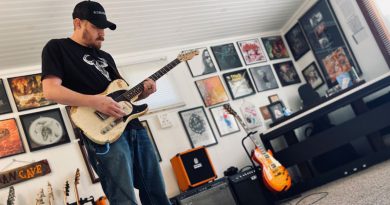 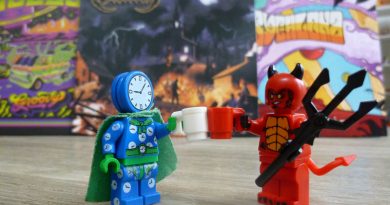 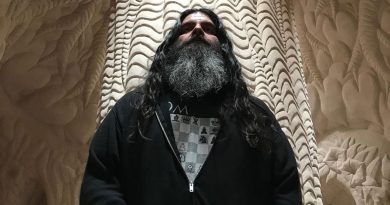 Monolith Of The Mesa: Rest In Peace Dan ‘Dano’ Sanchez