It seems like it’s only been five minutes since the last APF Records release and here we are again, this time with the latest EP from contenders for the crown of some of the filthiest noise going, Liverpool’s Corrupt Moral Altar. Since their formation in 2012, CMA have been on a mission to twist the very fabric of metal into their own vision of depravity by blending blastbeats, filthy riffing, tortured screams and a punk DIY ethos. This has seen them steadily rack up a series of releases including 2014’s Mechanical Tides and 2017’s Eunoia full length albums. Now back after a silence of nearly three years, the band are looking to make up for lost time with the frantic aural assault that is the five track Patiently Waiting For Wonderful Things.

Preview track You Smell Expensive starts off as a slower paced howl, based around the filthiest low end courtesy of Adam Clarkson and John Cooke that flips without warning into fast, and then mid paced, hammerings like the flailing mosh pits it would no doubt inspire. Despite all this chaos, the rhythm section is tight as hell and with this much going on, they have to be or it would all fail apart.

As a result of this frenetic style, the music on offer rarely settles into moments of comfort for too long. Listening to Corrupt Moral Altar is akin to being thrown about on a violent sea while you cling onto a small raft. There are huge towering mountains of grooves that rise and fall, and just as you are used to these, the band change direction and you’re sent off reeling in another direction.

the sonic equivalent of a knife fight in a darkened ally…

Maximum Bastard is a breakneck, violent blast with multi-layered backing vocals and stop start dynamics that centres around guitars, that hum and buzz in what could have been made into a melodic, yet heavy powerful track, instead in the hands of Corrupt Moral Altar, it becomes the sonic equivalent of a knife fight in a darkened ally that descends into bull roars and angular, almost tech metal freakouts.

Spirit Breaker continues this schizophrenic style as the lush, gentle tones that open the track (showcasing a tender, deft turn) literally screech to a halt and turns 180 degrees into a grindcore headrush. It finishes on the same delicate notes that began, but everything in between could not be more diametrically opposed.

Closing track I Am An Ocean Of Wisdom features the most grandiose and epic sounding piece on the EP, but in case you thought they were going to go all latter day Iron Maiden on, you think again. Within 30 seconds, this moody, ringing doom sound is obliterated by the familiar blind fury, sounding like the morning after a concussion. Featuring disconcerting guitar runs, strained vocals and pounding drums, Corrupt Moral Altar leave you (abruptly) with as much venom and malice as they opened with.

Corrupt Moral Altar are mad. Patiently Waiting For Wonderful Things is proof of the diagnosis; 2020 has been a year to forget in many ways and with each month there seems to be some fresh horror revealing itself. CMA are starring into that abyss, holding a mirror back to the ugly in the world, and roaring defiantly in its face. They aren’t here to bring you comfort, they’re not going to tell you things are going to be alright, they’re the external expression of that internal scream of frustration at the modern world. Welcome back boys. 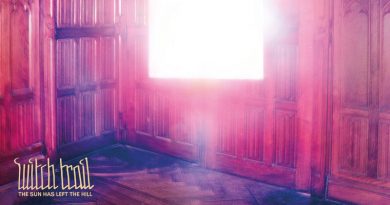 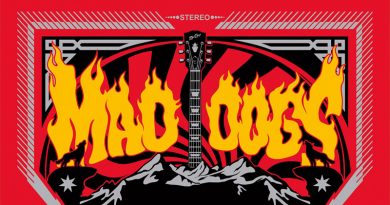