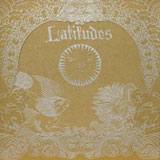 In a music scene overcrowded with distinctly average singer-songwriters, California native Chelsea Wolfe has emerged over the last couple of years as a potent vocalist and guitarist enshrouded in tape hiss and an eerie visual narrative. Her brooding sound has seamlessly drawn on folk, doom, drone and even black metal in a powerfully beguiling way that can surely be described as alchemic.

Therefore it is probably fitting that, on what I’m willing to bet is amongst the shortest of Southern Records’ Latitudes Sessions (just over 12 minutes long), she takes another leap in offering a session with a pretty unorthodox premise: ‘Prayer for the Unborn’ is a live performance of a tribute Wolfe recorded last year to British anarcho-punks Rudimentary Peni. But there’s one critical catch: only Nick Blinko’s bleak lyrics remain, as Wolfe has crafted a stream of original music inspired by those lyrics – in some cases, without having even heard the original song.

‘A Handful of Dust’ beckons the listener into this record’s deathly sonic miasma with skewed promise – one which is heightened by its brevity and sudden transition into ‘Echo’, where Wolfe sings of “primeval sorrow” over angular guitars that alternate between the rigid and weirdly jaunty.

‘Black on Gold + Sickening for Something’ revels in chaos, as Wolfe delivers Blinko’s nonsensical lyrics about random colours and opium with harrowing, ragged breaths, before repeatedly crying “Give me that decanter, Eliot!” until the song’s conclusion.

‘Dissolution + Rehearsal for Mortality’ is both ominous and restrained, though the cloying hopelessness of Blinko’s lyrics is replaced by a weary resignation, while Wolfe’s croons and hollers on the clattering title track recall Jarboe at her most elliptical.

As might be expected at the outset, there is little to no resemblance to Rudimentary Peni’s original songs, though their influence registers in the music’s rougher edges, a return to the lo-fi leanings of her first LP (The Grime and the Glow). The whole band seems in full confidence, clearly bolstered by extensive tour miles alongside bands as varied as Sunn O))), Russian Circles and Deafheaven, and an appearance at Roadburn 2012.

There has always been an arcane flavour to Wolfe’s work – not through lyrics about the occult, Satan and sorcery, but through a deep, elemental current running through the music and textures. Dense and subterranean, you could picture Ms. Wolfe and her cohorts performing in a dank, stalagmite-encrusted cave where ancient runes and ritual paintings remain daubed on the walls. It’s a good fit for the monstrous aspect inherent in Rudimentary Peni’s work, which Chelsea and band use to inform their continued exploration of the depths plumbed by her heavier material. Wolfe’s voice is still one of her greatest strengths, veering between serene and commanding in a moment. But, though it works in the context of its (borrowed) punk aesthetic, this record’s main downfall is definitely how short it is, which will likely dissuade some from parting with their earnings in exchange for a hard copy.

Thus, at last word, ‘Prayer For the Unborn’ further demonstrates Wolfe’s ability to convincingly explore other genres while maintaining her own cohesive identity, though it is a bit short. Anarcho-death-doom-folk? Sure, why not. But whatever tag you want to put on it, it makes a pretty good ride for disciples of the dark, distorted and downtuned. 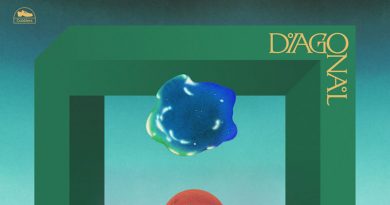