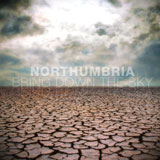 Northumbia are an ambient metal duo based in Toronto, Canada. Jim Field plays guitar, Dorian Williamson plays bass and between them (and two large, well-stocked pedal-boards) they create a wall of heaving, droning sound that for the most part doesn’t really sound like it’s coming from either. If Northumbia was a single person electronic project, (something like Zac Bentz’s Dirty Knobs, maybe) that would be one thing, but the fact that two people with string instruments strapped onto them are creating and riding these waves of evocative and moving noise is something else.

Trancendence swells into existence; a deep, orbicular mass with shimmering tambura-esque textures encircling it, flickering in and out of focus. It’s choral, it’s awe-inspiring, it’s uplifting; it’s huge and yet it’s subtle.

The Ocean Call Us Home has a much more recognisably lead guitar thing going on over sonorous tones that might be made by a prehistoric conch shell blown in distant coastal cavern. As the notes grow less distinct and feedback swirls, an aural image of rolling green waves comes into focus complete with hissy sound-clash sea-foam spray.

Ostara has a melancholic reedy wind-instrument sound to it which gradually takes on a more bowed character as the track progresses. It’s an incredibly slow progression but it’s a beautiful and (once again) an uplifting one.

Bring Down The Sky has a less earthy and organic feel than the rest of the record, though the tones are only subtly different. It’s somehow more machined – more metal and neon than oceans and sunlight – and calls to mind something like the poignant climax to a half-imagined Japanese neo-noir that might have followed in Blade Runner’s wake and gone straight to VHS.

Bring Down The Sky is Northumbia‘s second full length release and it’s a wonderful meditative ambient album that fills my skull with sounds which surround and cushion my brain from distraction. There are no sudden twists or turns, no nasty surprises (which can in their place be a good thing, of course); everything happens slowly and deliberately. The music, like the duo themselves, is greater than the sum of its parts; managing to sound massive and interesting, yet subtle and atmospheric. Big drones in my headphones make me happy and Bring Down The Skydelivers. 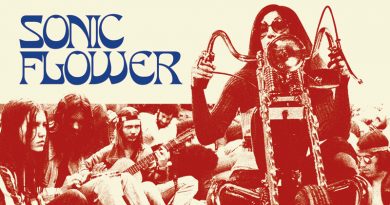