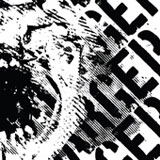 Set the controls, for the arse of a nun…four grizzled pottery heads with a pulsating predilection for the barbaric beauty of doomed out glue-headed punk and savage burned-out eye socket death metal grindcore warp spasm brain surgery. Yeah, that’s right, warlords of woe Charger are back after a bit of a hiatus hernia, and they mean fucking business. Only three new tracks here though, but they is very nasty indeed, boss.

First belter ‘Omar Suarez’ (a tribute to Frank Lopez’s slimy right hand man in ‘Scarface’) is a classic fucking bruiser in the style of…Charger. That is precisely why you’ve got to love these tenacious riff monkeys, they own and create their very own noise. While so many bands, even if they are brilliant, often borrow from past giants, whether it’s Eyehategod or whoever, Charger proudly plough their own dark furrow, and have done so for over a decade. Sure, at certain points for instance, you may hear a slither of Autopsy, or a shred of Discharge, but undeniably Charger possess a genuine signature sound that distils the finest sonic stench-brew that can be created from simple guitars, drums, sore throats and monolithic amplifiers. Fact – Charger have never made a mediocre record. From the first demo to this DIY gem, their recording history is a ten year plus litany of dedication to fucking hardcore quality.

Anyway kids, this first track rolls and bludgeons and bollocks along on a solid heavy tempo and a crackingly doomungous chord sequence that makes your head nod and your stubbly mush gurn in appreciation. Dan’s grating vocals sound harsh and brutish like a pissed butcher, and Paul’s more-hardcore-than-thou drumming is jaw-droppingly precise and clinical.

On top of their original take on heaviness I always love Charger’s song titles too, which cast light on the band’s dry and scatological sense of humour. ‘Melvin Lardy’ is a damn fine song title. This second track is a sizzling under-two minute blast of mutant metalcore that twists and grinds in homage to the bloated lumberjack star of reality show ‘Ax Men’. Paul’s voice strains and wails like a dying seal and the twin guitars spurt and bulldoze their way over the raging rhythm section in a manner most invigorating.

The last new track ‘The Stuffer’ is the real star of the show: a mammoth of grim punk violence done the Charger way that slows to a malevolent sludge lurch reminiscent of some of their finest doom-laden slow bit moments. It’s all over a bit too quick really, which makes the live recordings of the ‘secret’ tracks (from the last album) a welcome addition. Raise your tankards and toast the slack genius of Stoke! This ep is a triumphant return for Britain’s oft-forgotten heroes of the underground. My only gripe – I want more. An album’s worth. But next time lads, don’t have a go at the Quo – Rossi was burning coke holes in his nose when you lot were on the potty. 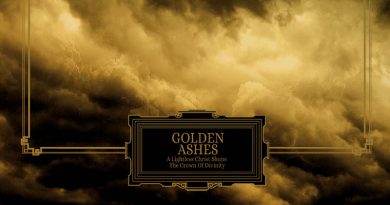 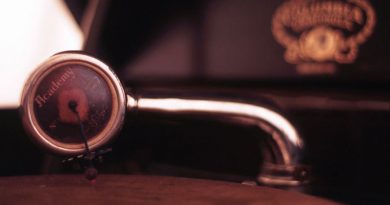