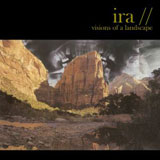 Hailing from the university town of Konstanz in Germany, IRA are clearly deep thinkers and I don’t mean that in a patronising, derogatory fashion. The opening of the biog asks that you called them ‘Rock’, not ‘post-rock’, not ‘prog’, not ‘the-latest-fashion-core’ and that immediately endeared them to me.

Too much of music today is pigeon holed and written off by a media sound bite and these five musicians take their art more seriously than a trend hopping dash for fame. The consideration put into these songs is immense, fuelled by a desire to create an epic journey that absorbs the listener and challenges them.

Their sound is a kaleidoscope of atmosphere, deftly flicking from Fugazi, Joy Division and Black Sabbath influences whilst retaining a unique almost electronic feel to a lot of their tunes.

The album contains a collection of haunting tunes, recalling the era of the previously mentioned Joy Division such as their epic ‘Permanent’ and it would be easy to imagine them fitting in on the same as IRA conjure seemingly blissed out tunes which at the same time groan under the weight of emotional gravitas and at times seem to grip you in a velvet glove of despair that is both beautiful and mournful at the same time.

The sounds conjured on ‘Visions Of A Landscape’ are swirling and elegant and owe a nod to modern ‘post-rock’ (obligatory genre pigeon holing) masters Mogwai as they echo their ability to crank the tension of their sound, to suck you into a crushingly intense atmosphere, before breaking out into a light airy passage whose positive lyrics form a direct contrast to the earlier.

This heady mix of the desolate and the hopeful is all delivered in a beautiful rich way that manage to groove and drive at the same time as pulling you into the atmospherics of Tobias Hoffman’s manic frustrations about our inability to communication effectively.

It is hard to pick a stand out performance from the album, the vocals are passionate, subtle and understated. The first time I listened to the disc it was easy to let the lyrics wash over you and get lost in the pleasant sounds. On repeated listens it becomes abundantly clear this is as much a part of the structure of the songs as the clear and precise guitar playing and the interplay between the musicians. It oozes class and bristles with an understated intelligence.

This album rocks, it doesn’t ROCK. IRA fully admit in their accompanying press release that it’s not straight forward, you are not going to throw your fist/devil horns in the air and scream until you cough your lungs out; you are not going to put this on to get the party banging before you head out for a night of binge drinking. This is an album to be played when the party is over, the sun is not long to come up and that self indulgent morose feeling is just beginning to dawn.

This album will take you there and bring you through it determined to show you the dark and bring you home to appreciate the light again. 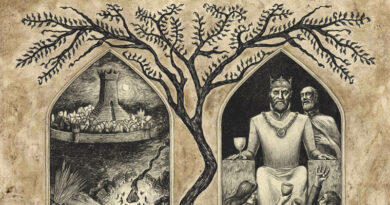