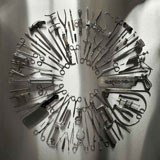 However my relationship with the band reminds me of a quote from TV show The Sopranos, “It’s good to be in something from the ground floor. I came too late for that and I know. But lately, I’m getting the feeling that I came in at the end. The best is over.”

I became a fan somewhere between the ‘Heartwork’ and ‘Swansong’ albums and as such missed the g(l)ory days where, through a series of gore splattered releases spanning a decade from 1985 to 1995 the Liverpool based band featuring legendary names such as Bill Steer, Jeff Walker and later Michael Amott changed the face of extreme metal with their primitive sounding debut ‘The Reek of Putrefaction’. They created a genre that would become known as Gore-grind and then effectively laid down the template for Melodic Death Metal with ‘Heartwork’, an album which has been aped to great success by bands such as At The Gates, In Flames and Dark Tranquility who pioneered the ‘Gothenburg Sound’.

Disillusioned by the changing industry and their dealings with Columbia Records the group fell apart in 1996 with the release of the slightly disappointing ‘Swansong’ album, unleashed to little fan fare and not even enjoying a supporting farewell tour despite alleged lucrative offers.

Since then Carcass have enjoyed legendary cult status through a series of compilations whilst the members have gone on to forge healthy careers with the likes of Spiritual Beggars, Arch Enemy, Firebird, Blackstar and Gentleman’s Pistols, but despite this it remained an undignified end to a band championed by none other than the late, great John Peel himself.

In 2006 Walker was quoted discussing the possibility of a reunion, saying it would be unlikely to happen and sadly it would not feature drummer Ken Owen following the effects of a cerebral haemorrhage in 1999. The next year Arch Enemy mainman Amott let it be known he was practising with Walker and Steer. The much anticipated reunion tour would see the band celebrated at festivals across the world including many places that never got to see the band first time round. However the line up of Michael Amot, Bill Steer, Jeff Walker and Daniel Erlandsson was not to last as Amott’s many other commitments meant that he was unwilling or unable to commit to the band long term and Steer in particular was keen to reclaim some of the crown they vacated over a decade before.

So with fans fearful that Amott’s absence would stop the band returning to the heights of ‘Heartwork’, Carcass entered the studio with Daniel Wilding of Trigger the Bloodshed on drums resulting in this years highly anticipated ‘Surgical Steel‘.

There has been much debate online about the contribution of Michael Amott to the classic sound of Carcass both on ‘Necrotism’ & ‘Heartwork’, but the fact is a large portion of the rhythm work and solos were in fact handled by Steer himself and as such Surgical Steel suffers no drop in quality for his absence.

In fact this album picks up right where ‘Heartwork’ left off.

There is no pandering to the whims of record companies (attempted or otherwise), here there are eleven scintillating tracks of pure extreme metal, yes the world has thrown up plenty of faster, heavier bands in their absence, but Carcass have dialed up the Flux Capacitor and rolled back the years not only to capture the spirit of their older material, but also the energy and sheer exuberance as well.

From the moment lavish opening instrumental ‘1985’ (a sure tribute to their inception date) starts, building the tension this is a thrilling ride that full on explodes on ‘Thrasher’s Abattoir’, an updated take on an old vault track, showcasing the band are all too aware of the esteem in which they are held and the need to do it justice.

Back too are the gore soaked medical handbook lyrics, the shuffling blast beats, rumbling bass and blistering dual harmony solos. A far contrast to Swansong with it’s clunky riffing and hamfisted attempts at political humour on tracks like ‘Keep On Rotting In The Free World’, here Walker intones ‘An existence, subservient, binded you’ll see /A working class hero is something to be’ on the fantastically titled ‘Granulating Dark Satanic Mills’ proving that despite the horrific litany of body parts and surgical nightmares Carcass still have a wicked sense of humour that few can often appreciate from staring at a lyric sheet.

The likes of ‘Cadaver Pouch Conveyor System’ and ‘The Master Butchers Apron’ are muscular tracks with laser sharp riffing, twin leads trading off with a rock and roll groove that makes this album so enjoyable to listen to. It is abundantly clear how much fun the band had making this album as the musicians whip up a storm on the lead promo track and ode to Doctor Hugo Heiss’ slaughter house stunner ‘Captive Bolt Pistol’ and over it all Jeff Walker spits and snarls with gleeful abandon like a man gargling sandpaper.

This album is a master class of how to make a death metal album, listen to the fury on ‘Not Fit For Human Consumption’ – the switching from groove to head crushing riffs, the intricate solos, the growled verses and the almost sing-a-long choruses – this album might read like an episode of CSI but it is immensely fun and injected with a passion, a personality and identity that is all too frequently missing from the identkit haircuts in the mainstream. Even when they slow it down on ‘Congealed Clot of Blood’ it allows the band to show off how versatile they are.

By the time ‘Mount of Execution’ closes out the album with all the bombast you would hope it would, befitting an album of this quality, it feels like the band have come full circle with the core of Walker and Steer bringing them back to the heights they once threatened to scale and making an album that spits in the face of nostalgia and demands you pay them respect.

This is an album that is as close to perfect as I have heard in a long time.

Surgical Steel? On this album Carcass are fucking weapons grade. Welcome back. 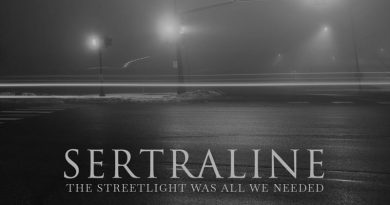