It’s rare I’d really feel compelled enough to comment on a band’s name in a review, but Bad Amputee will have to be the exception. While I confess I’m clueless about the origins of their moniker, I can’t help but feel that by picking a name that makes them sound like a comedy  goregrind band, who’d be more at home opening for Sodomized Cadaver or something, they’ve done themselves and their music an enormous disservice. Because I guarantee you whatever idea you might have of how Bad Amputee sound going on that name, it’s probably nothing like the beautiful, pastorally infused slowcore that’s the foundation of this Newcastle-upon-Tyne based trio.

Yes, slowcore. That tag will probably bring to mind a very specific moment in 90s American underground music – think Low, Codeine, etc – and while that’s clearly the well Bad Amputee are supping from, this is a very English take on the approach. Guitarist/vocalist Phil Tyer is better known as a folk performer (often with his wife Cath), and genre bassist/vocalist Claire Welford has also worked under the name Yakka Doon. It’s important you know this because while the format is rock based, the pair’s vocals, the melodies and even the structure really do originate within the folk sphere.

That equates to this music having more of a sense of serenity, than the self indulgent navel gazing introspection their influences occasionally may have been guilty of. Each track unfolds in its own time, bordering on the hypnotic without lapsing into the slovenly or indulgent. Gwangaetto The Great mentions ‘Long shadows in the setting sun’, and indeed Convenience Kills on the whole has that kind of feel of a musical golden hour, far away from the more glacial atmosphere of their forefathers.  On this track in particular, the more rocking element locks in perfectly with the folk side, as the band harmonise around a repetitive phrase, only to expand out between verses. It’s gentle yet insistent, as is much of the record.

The minimal set up – a gorgeously rusty guitar sound, bass and drums – supports that maximal vocal approach perfectly. The thing a lot of this style of music needs to work is often a sense of sonic intimacy, like it’s just you and the band in a room, and the production nails that aspect perfectly.

The best songs shift subtly, often starting at one point and gently changing dynamics, as on Last Path or Stick Herod. The effect of much of Convenience Kills is trancelike, the music seems to suspend time somehow as it draws you in. Highlight Rhona is the prime example, making nearly nine minutes feel like about three, as you lose yourself in a simple timeless melody. As the song unwinds, it just seems to grow into a larger sound without you even noticing, rather than simply hitting the ‘loud’ button, in the way perhaps a lesser band might.

Bad Amputee delivers each song patiently and with care. It’s easy to imagine these songs being just as entrancing were they played as acoustic tunes, as they are with the full band line up, which is the sign of craftsmanship. The folk background has given them an understanding that a vocal melody really is at the core of a good song, and the singing really does make them something special. 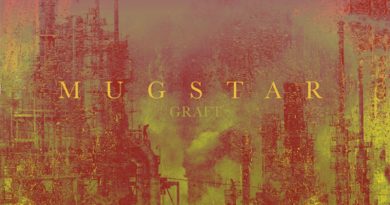