It’s been a long time since any industrial metal release has made any impact in my life, and I still reminisce about just how different and unique it all was back in the nineties, when it was all very new, and oh so dangerous. I remember the glory days, and the likes of Ministry and Nine Inch Nails being on constant rotation on my stereo. I still try and pin point where things changed, and it all disappeared back in to the undergrowth, and became a sub-genre of myth and mystery again. I might be wrong, but if memory serves me correctly, nu metal showed up and pretty much wiped away its existence, just as it was becoming a bit stale, and tired.

That always pained me, not because nu metal stepped in, but because industrial was such a vibrant source of music, to see it vanish was a complete travesty. While several bands still forged ahead, most notably Misery Loves Co. and Ministry, most of the other bands either adapted and changed their sound, or slowly petered out of existence.

Jump forward a couple of decades, and rising like a phoenix from the ashes of those long-forgotten bands comes Realize, to once again ignite that flame of passion, which was always there with industrial music.

I imagine that Realize are a completely new find to you, as they were to me, but after playing Machine Violence through a few times, there are a couple of things I need to impress on you. Firstly, if you’re hankering after something a little different, but full of aggression and anger, then this is the baby for you. And secondly, if you’re going to take the chance, and invest in the Realize album, heed my words, you need to play this LOUD.

Just to fill in the blanks, Realize twenty twenty is the brain child of one mister Kyle Kennedy, who assumes full vocal control, all programming, and drum wizardry. In to this mix we also have Matt Underwood and Matt Mutterperl, who provide the chugging guitar sections, so it’s not a completely solo affair.

What makes Realize a little different is that they don’t use amps and record that way, everything is directly input in to computers, and then re-amped for maximum effect. This gives it somewhat of a more digital feel, which also adds to the whole industrial dynamic. While there are numerous other bands, including God Is An Astronaut, who employ this technique, this is the first time I have heard of it being used for harder and more aggressive music.

As for the album itself, Machine Violence, after numerous listens, there are definitely nods to other bands which I take note of. Most notably, Nailbomb and Ministry, Psalm 69 and The Mind Is A Terrible Thing To Taste Era. Sound wise, it sways toward Al and the Ministry guys, but in the best way possible, its antagonistic and urgent, benchmarks of the whole Ministry ethos. And as for the Nailbomb connection, not since the eponymous Nailbomb album Point Blank have I heard such face melting, industrial meets raw aggression in one place. I believe that Kyle has himself remarked on Nailbomb influences, so to draw that comparison before reading of the link, is a big high five to me.

Album opener Alone Against Flames perfectly shows my point, and throwing in names such as Nailbomb, Fudge Tunnel, Ministry, and even Fear Factory, have me on the edge of my seat instantly. As I take notes to formulate this very review, the three statements I scrawl in bold are ‘Full-on Assault’, ‘Nasty’, and ‘Aggressive’. I have nothing else to say, I truly believe these words adequately sum up my initial reaction.

As I tentatively work my way through the album, tracks like Melted Base have me hooked. The thunderous basslines and pounding drums, which at times drop in to blast beats, coupled with the vocal assault, are absolutely on point. It’s somewhat experimental in sound too, as if Trent Reznor himself has snuck in and played god with some of the soundscapes, but this is fully to the credit of Kyle.

Ghost In The Void, Long Stare, and Hypermech, are so confrontational and aggressive that it’s unreal. The guitars are crunchy and hard, while the beats are punchy, like Mike Tyson in your face with a barrage of right hooks.

As Disappear whirs in to life, there’s a moment of Nailbomb Sick Life which is hard to ignore, but more as a homage than anything else, and as Simulated World Down forces its way in, it has all the markers that made me fall in love with industrial the first time around. It’s hard, edgy, aggressive, and takes no prisoners. It has me remembering seeing Finland’s Khroma in London in twenty nineteen, and ponders the thought of just how immense a meeting of both bands would be. There’s definitely a new era of industrial on the horizon, and Realize, among others, are going to be leading the charge.

The wonderfully titled Slag Pile will definitely be one to annoy the neighbours when played loud, and Gateway Trial leads us nicely to track ten, and album closer Heavy Legs In The Mansion. As it starts, it is a revelation. Gone is the throat punching intensely power infused tunage, and replaced with some sublime, stripped back, guitar playing. It’s a surprising, but not unwelcome end to the album, and it comes through like the warm sun after the storm.

As I return to the stereo to restart the album, my mind is filled with thoughts of just why I enjoyed Machine Violence as much as I did, and I think, more than anything else, it’s this. I remember the first time I heard Nailbomb’s Point Blank, and just how much that one album, filled with its raw, unadulterated hate songs, and non-ending aggression was the perfect package of complete emotion. It was track after track of bile inducing power, and it perfectly showcased a project that needed no follow ups, that one perfect moment captured the spirit of the music.

Where that was the nineties, Realize are now doing the same thing in the twenty first century. Machine Violence captures that same spirit, and then some, for me. In an age where anything unique tends to get passed over, hopefully Realize will break that curse, and the band will get the recognition they deserve. The times they are a changing, this is industrial in the twenty first century, hard, abrasive, and as antagonistic as it ever was. Time to embrace it with open arms, and open ears. 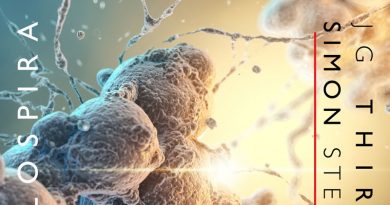