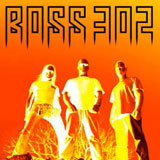 Sometimes music does exactly what it says on the tin / CD / MySpace Blog:

The remaining tunes crammed so full of the kind of desert dry stoner rock and roll that it would be the ideal soundtrack to hammering down a long, straight, dusty highway whilst being pursued by ‘The Man’? You bet that suspicious long cigarette you have tucked behind your ear and that crate of cheap beer in the passenger footwell it is!

Boss 302 are a South Jersey trio comprising of the coolly named Larry Lerro on bassist/lead vocals joined by brother Mike on drums to make up a machine tight rhythm section that is no doubt connected by some family telepathy. Lead guitarist/Vocalist John Modugno rounds out the band to help create their brand of authentic hard rock. Somewhat unsurprisingly given my milking of the opening paragraph, Boss 302’s influences range from the slow, heavy riffs of Black Sabbath & Kyuss, the intensity of Motorhead, to the stoner rock grooves of Queens of the Stone Age & Fu Manchu; all of which have been combined here to produce 10 entertaining slabs of retro style muscle.

There is some good chemistry in the band and at times the interplay between Larry Lerro and Modugno on vocals is used to great effect like on ‘Sparrow’ – a heads down foot stomper which sounds like a collision between Goatsnake and Sabbath as well as showing the underpinning skill of the brothers.

The album is full of little highlights and great ideas; ‘No Overdose’ stands out with its hypnotic intro harmonics, all bass and breathy, almost spoken vocals. It is moody and spacey – the epitome of the kind of tracks that stoner geeks nod out to as parties wind down. ‘Sold Our Souls’ has an abrasive and jagged riff that doesn’t quite sit with the laid-back hippy aesthetic you would assume to find leaking out of every pore. Elsewhere ‘Falls Apart’ showcases the Fu Manchu/QOTSA influences with a driving, punchy riff that is as hooky as a prepubescent Candyman on a date – even if the second chorus doesn’t work quite as wells it should – and the heads down, peddle to the metal ‘Speedfreak’ again does what it says on the tin coming off like Motorhead on mellower drink and drugs.

If it all sounds a little too good to be true then disciples of stoner look away now because sadly it’s not quite the perfect item. The production, whether done in homage to the lofi style of the early Kyuss albums or due to budgetary restraints, lets the album down slightly. It isn’t the worst sounding release, but it sometimes feels more like demo quality rather than statement of intent and this is indicative of ‘Time To Motor’. Despite some interesting ideas Boss 302 hit highs and lows. For every great moment (like on Sparrow) there are bits which at times become workman like and a little obvious. For all of Modugno’s good lead work, some of the songs break away from the hold of their influences enough, and you are desperate for them to show the ambition and vision of those who have pioneered before them.

However these criticisms are more constructive than an assassination; the band show plenty of dedication and on the whole, the album is entertaining, nothing spectacular right now, but given time and the right resources they have the skills (especially with the interplay between the three of them) to mature into a band capable of turning heads.

On ‘Time To Motor’ they are a band who epitomise what rock and roll for the love of it is all about, sure some of it you scratch your head and think ‘I’ve heard that before’ and they are probably twice the band live than they are on this record, but with a bit more perseverance Boss 302 could mature into a band with the capacity to capture it. 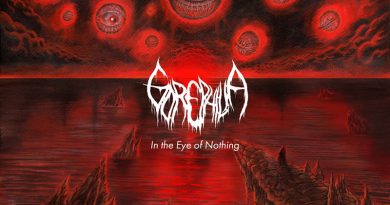 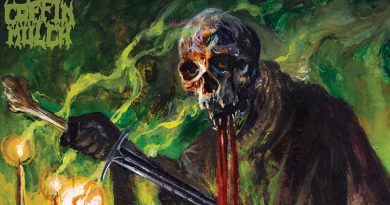