‘Bought another copy of Zoso… seeds were busting up the spine… I think I wet my pants doing whip-its… not too many but it’s just fine’. I had the most confused reaction when upon hearing these lyrics from Monster Magnet’s Nod Scene off of their 1991 debut Spine Of God. Originating not from the sunbaked deserts of Southern California like their West Coast peers, but rather the pleasant riverside commuter town of Red Bank, New Jersey, these four had quite the musical statement to make during a period of drastic change.

Nirvana and the Pacific Northwest’s nascent underground had demolished the ‘80s hard rock mainstream zeitgeist, and suddenly there was a lot of real estate. While many of their contemporaries were too proud to admit their love of ‘70s rock and pop culture, Monster Magnet went in the extreme opposite: For them the ‘70s never ended. David Wyndorf’s humorous and satirical lyrics lampooning ‘70s stoner/burnout culture was as much of a fixture as the guitar wizardry of John McBain. If you wanted to take a break from the heroin-stricken doom and gloom of many alternative rock and grunge-isms, Monster Magnet was a band literally designed to be the soundtrack to you rolling a joint on a comic book.

While Kyuss, Sleep and Fu Manchu tended to pummel you into submission with crushing and burning guitar tones, Monster Magnet did stoner rock differently. They wanted to elevate you into the ether towards a higher state of mind, and maybe get you laid in the process. The band followed a spacefaring tradition in the manner of Hawkwind, Syd Barret-era Pink Floyd, Amon Düül II, Silver Apples, Can and Flower Travelin’ Band. Test Patterns Vol. 1 features two versions of their sprawling epic Tab: The original 1988 demo and a remix from 2021 done by McBain himself. At this point, the band was a three-piece rounded out by drummer Tim Cronin, and they were some time away from their surprising mainstream success. But it masterfully displays how good Monster Magnet were at creating dreamy hypnotic psychedelic processions and fantastic zone-outs.

Get relaxed, fluff up your bean bag chair, take a rip and let Tab take you on a celestial ride to a weirder, sexier galaxy…

Tab maintains a largely steady pacing from start to the finish, anchored by an appropriately Arabesque bassline from McBain. The Hawkwind-style effects take hold while being backed by Wyndorf’s meditational wailing, and the serpentine advent begins. The krautrockian drone emanates from within, giving you that feeling of time being superfluous or merely theoretical in nature.

The constant rhythm lulls the listener into a fever dream that borders between blissful and menacing. But the menace soon takes center stage as Wyndorf begins ranting like deranged acid casualty/street hermit during the halfway mark. Finally, towards the climax of the near half hour journey, we get some tasty lead work to aid in bringing the song to a satisfying landing. Monster Magnet has worked with some great guitarists in their day, but there is something undeniable about this early period with McBain.

In contrast to the remix, the original Tab demo is rougher, more deranged and with a greater emphasis on the aforementioned menacing nature of Wyndorf’s ranting. Both versions complement each other nicely and together form an effective yin and yang. Overall, this is a nice acid trip down memory lane for one of the most prominent American stoner bands. Get relaxed, fluff up your bean bag chair, take a rip and let Tab take you on a celestial ride to a weirder, sexier galaxy. 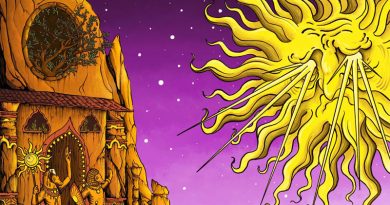 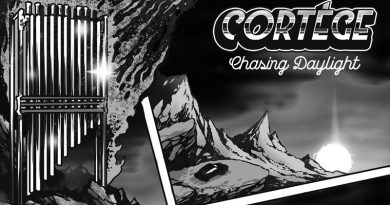 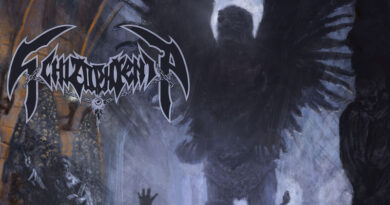