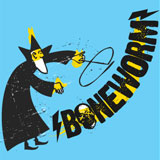 Urgh. This is a frustrating one. Boneworm are a great example of a band who have all the right parts to make up something great, but just somehow fall short of doing as much.

Three excellent players combine here to produce a three song EP that wallows in a kind of semi-bluesy stupor of melancholic, crawling rock. You could call it doom if you so wished I suppose – the snail’s pace and dropped tuning certainly adhere to the genre – but the feel I get from the trio is more akin to the likes of Harvey Milk or The Melvins, two bands they’ve been compared to in the past. It’s important to note, to make it clear here, that they don’t really sound like either of those bands, more that they travel a similar path, one that’s heavy as a very heavy thing, but not as metallic as you might expect.

It’s a tonal and emotional weight more than a selection of crushing 70s style riffing here, and while the guitar has a hint of fuzz, it isn’t overly saturated, generating a lovely almost grungey sound. In fact the guitar (and bass) sounds on this EP are a joy. First track “Sickness” plays up that bluesy undertone nicely in the way that Sabbath did in their early days, and sounding almost like a slow motion Mudhoney during the verses. The gritty vocals sit nicely atop the band. It’s all going nicely. But then it just keeps going. And going. And going. For 15 minutes.

Now, you might find it odd for me to be referring to the band as being vaguely in the “doom” bracket, an area renowned for its..err..”Olympian” song lengths. But thing is, because Boneworm are playing this from a more rock angle than an outright metal one, the songs are pretty straightforward. And the thing about that is, it becomes really obvious that they’re going on for a long time. And it gets a little tedious after a while. To be fair, “Sickness” isn’t the worst offender, once it finally gets going they keep everything moving nicely for the most part (ironic considering it’s the longest track here).

“Crater”, which is another sparse and emotional slab of organic gloom is fine for about 5 or 6 minutes. The almost barroom singalong element of the vocals is totally engaging. But then half way through there’s a solo, which is fine – tastefully played by Tim Burke – but it feels like it goes on too long, and the song loses momentum. It feels like it should end after the brief vocal refrain that comes in after it, but it doesn’t. And to be honest the attention starts to wander.

Final track “The Call” has the opposite problem in that it really takes too long to get going, with a quiet, ponderous bit of interplay between the three dragging on way too long before they kick into the song proper. At which point, the drowsy riffing (this is their most obviously “doom metal” track) is a godsend. And then it’s off into solo land again, and it just doesn’t hold the imagination any further…though luckily there’s an unexpected kick in the ass when the band up the tempo and intensity a few minutes later.

There’s so much promise here – I really like a lot of what this band are doing, it just seems like they need to edit their songwriting into more digestible chunks. It feels like they linger on some sections more than they should, or miss chances to bring a song to a logical high point or even end in some cases, at the expense of another solo or verse that doesn’t need to be there. They plod when they should soar. If they could reign that in though, their soulful, weighty sound would pack more of the punch I feel like it could have.

A good band for sure, I just don’t feel they’re close to the greatness that they’re capable of just yet. They’ll get there though. They just need to take a shorter route. 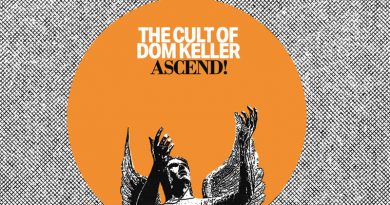