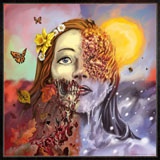 A time when concerts were a gathering of happy, like-minded people who wanted to go and see a band rock out and sing until your lungs burst? To bask in the warm outdoor air, marvel at the light show and the stage craft? To know that the next two hours were going to be incredibly life affirming and as you stood there in a crowd of like-minded people, having fun with your rock n roll cigarette and beer in your hand, standing next to you is a gorgeous member of the opposite sex and they turned to you and as your eyes met you felt that it would last forever and when they held your hand you knew it was now or never, you know, the best days of your life? No, neither do I.

Boston’s Black Thai however do and ‘Seasons of Might’ is here to show you what you have been missing with their own brand of heroic stadium meets stoner rock. With members who hail from We’re All Gonna Die and Cortez it is something of a surprise to hear the bombast that flows through these four tracks as the towering ‘Blood Dust’ kicks into gear with its lazy blues riffing and delicious guitar harmonies capturing a nineties grunge feel that is combined with a classic rock sensibility.

Think Black Stone Cherry, but with balls, a singer who follows in the footsteps of Chris Cornell and a band that share Soundgarden’s love for Black Sabbath chugging riffs combined with the flourish and experimentation of Led Zeppelin.

Of course that is a lofty heap of expectation to put on a bands shoulders, and thankfully for Black Thai they are very much their own band as the snaking groove that opens ‘Start A War’ prove. This is rock music with a muscular edge that is going to appeal to fist pumping dudes and yet has enough sing-a-long qualities to extend beyond the jock crew as they really do have a talent for making driving mature tunes that are as much about having a good time as they are pushing their abilities.

‘Doors To Nature’ opens with urgent drumming and guitars before opening out into a stoner rock harmony courtesy of Jim Healy on vocals before the massive chorus. This track highlights how the two groups have combined to create such a powerful band as the two guitar players Jim (of WAGD) and Scott (Cortez) each bring a slice of their other band s to the table as the song is frenetic and bordering of the thrashy leanings of the former and then tempered with the stoner hooks of the latter, all under pinned by the powerful rhythm section of Cory Cocomazzi on bass and Jeremy Hemond on drums, kind of like Mastodon taking classic Kyuss on a joy ride.

The bands list of influences cite QOTSA, Black Sabbath, ZZ Top and Mastodon to name a few and on ‘Reason To Burn’ they certainly look to capture the Doom vibe of Sabbath yet give it a fresh injection of life from the tender start to the full force ending and at no point on ‘Seasons Of Might’ do the band swerve from their focus, determined to meld muddy, blues based grooves with stadium shaking rock sensibilities.

Black Thai have shown on this release that they can produce solid rock music with a satisfying crunch that should appeal to even the most cynical of music aficionados and walk the walk like they should be headlining huge gigs – Overall pretty damn good. 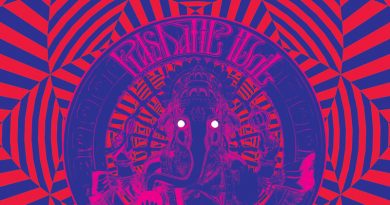 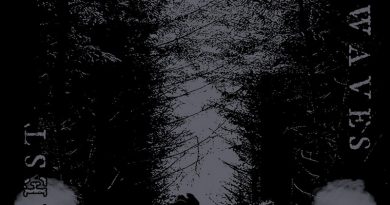