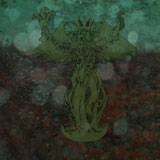 It is dusk upon the river Ganges. Your gap year has prematurely come to an end because you are sooooooo stoned on some killer grass you bought earlier from an entirely naked man covered in cattle shit, that you are utterly convinced that you will never ever move again. This is the music you are now hearing. Rippling sitars, snaking bass, deft percussion, distant vocals and warm and heavy electric guitars. It feels magical, unearthly, intangible, spiritual. You feel impossibly sick. It’s going to be a long night. You should have listened to your mother and stayed in Grimsby.

A full length self released album by this rare treat of an underground band, recorded in Hong Kong in 2007 and released earlier this year, and clocking in at a fittingly lengthy sixty six minutes.

First track, ‘Queen Elephantine’ is built upon the punctuating repetition of an ominous and super fuzzed out bass riff. Gentle singing and flecks of guitar, sitar and percussion put shreds of meat upon rough hewn bones. It’s a promisingly psychoactive opener, drifting like an abandoned boat.

‘Ramesses II’ continues this limp limbed journey. Danny Quinn’s bass is the only aggressive element at work here, loud in the mix, boldly distorted and played with concentrated attack. All other sounds, including Indy Shome’s soft yearning semi-chants, are at once peripheral and central. Like all the best drug music, it just depends on what YOU choose to focus on. After the ten minute mark the jamming gets free and loose and noisier, and then dies to a lurch, the skilful drums of Michael Scott Isley taking command and changing tempo, hitting hard on the fills, the whole band picking up urgency and power, ending in a climax of numb exaltation to the magic of a world long since dead.

Paralysis ensues with the lilting stoner riff of ‘Kabir’ that coils out and stretches off into the sunset until Indy breaks into a glistening instrumental. No singing on this one, just four men jamming around a cluster of notes, heads nodding in blissful unison.

‘Plasma Thaw’ continues the jam. Half chanted vocals float up through the air, yet again everything pin pointed by the driving bass riff. The drums are busy in the background, adding a certain urgency to this track.

The last track is ‘Bison’, a great sludgy semi-instrumental dirge that moves away from their usual eastern influenced riffs and instead plows a more discordant avant-rock furrow, gently nodding away as the bass belches out minimal notes, sounding more ‘western’ than ‘eastern’. This is also a more sparse affair than the previous tracks, with plenty of time given to space within the song, but unfortunately never really achieves the lazy yet focused momentum or fluid exoticism of the rest of the album. Out of all the tracks this is the most experimental and the least successful, and, at nearly thirty minutes long, feels like it could have been left off.

QE’s sound is languid, stoned and sensuous, evocative of the non-western environment in which much of it was no doubt conceived. I, for one, can’t help but dig their murky lo-fi production because a). it sounds like they recorded it in a rotting Cambodian temple, and b). you can’t really pin down their attractively weird, amorphous sound, which kind of gives QE the X-factor lacking in much contemporary ‘rock’ music. Incidentally, I’d like to see these lot on X-factor, jamming in front of Cowell, staring hard at the audience through a dense fug of marijuana smoke. 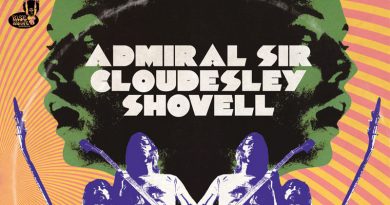 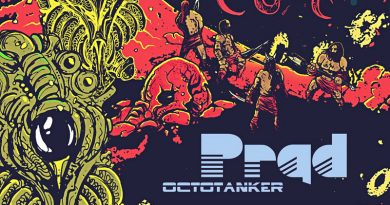