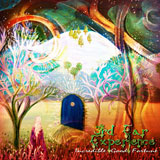 We’ve all had those glory moments with music – it’s why you’re reading this, it’s why I’m writing this – in that hope we find more. That first time you heard Ride The Lightning. That one day when I first heard Panopticon on the bus, that one time Angelic Process defecated honey into my ear canal. When you first heard Dopethrone. Or Master of Reality, whatever’s good. One of those kinda moments.

It was three weeks ago and I was taking the walk trail home from work. Clouds hanging heavy over the west Australian desert, and a somewhat early spring – heavy in wildflowers, lots of goats, a few of the bigger lizards already out as I trundled down my path. Incredible Good Fortune was put on for that “first listen”, and soon enough Parsley‘s delicious, repetitive-but-super-awesome riff was already working its way into my head, all before the wonderful vocals hit. One of those kinda moments.

Based on this album anyway, 3rd Ear Experience are a ridiculously good band. I go for the usual space rock comparison here when I say Hawkwind – the swooping synths, big Sabbathian riffs from time to time. I very much doubt he’s an influence, but I swear some of the guitars have a bit of an Ocean Machine vibe to it as well, in the pristine melodies, in the tones. Good sound of paper, better on record: it’s 3rd Ear Experience’s mix of these sorta sounds with an unashamedly spiritual/mystical approach which makes it a good deal cooler – more authentic, more atmospheric, perhaps – but which makes it, not only super super super fun to listen too, but so much more too.

I like how cohesive and one of a kind this album is while still mixing things up. Shaman’s Dream is all hard rocking times and hypnotic chants, and has little to compare it to the slow, impossibly lush jam that’s White Bee, but both are awesome- like, extremely so, and both are 3rd Ear Experience to the tee. The tendency to really tarry and explore a melody before changing it up, the drums that never really play the same thing twice, the way everything floats together in this joyful, wonderful haze, the way the synths intertwine with and wrap around the guitar, even the saxophone in the album opener… Unnngh. Yeah it’s really really good.

Yeah, the way it unfolds… sublime. The way Tools falls into this ever quiet pool, Parsley‘s two riffs which could go on forever and still not go for long enough, One’s ever unfolding forward momentum. Every song here is wonderful. There’s not a minute here I find annoying.

I’m not sure what else there is to say really. Time will tell whether it’s something I’ll still be thrashing in ten years, whether it’s one of those albums I end up buying for all my friends because I love it so much I want everyone to have it, or whether it was an album that just came perfectly in season for where I am right now. At the moment though, it’s my album of the year by a mile, and I can’t recommend it highly enough.