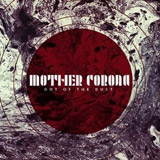 Reviewing records with a healthy regularity means that you get to hear a suitable amount of doom/sludge/stoner/metal industry gold, but it also means having to spin a significant number of albums full of uncreative dross. The sad truth however, is that most records lie in the “it’s OK” bracket, neither exciting enough to fall completely in love with, nor lacking in so many of the basic principles to delete from your iPod the second the write-up is complete. I’m delighted to say that Didcot, Oxfordshire-based 3-piece Mother Corona’s debut album cannot be placed into any of these descriptive voids; it’s simply a superb chunk of head-nodding, hard-ass-grooving, beer-chugging, goddamn badass rock n’ roll that deserves all the accolades it achieves.

A huge amount of what’s so poignant, and yet also so enchanting, about ‘Out Of the Dust’ booms from the striking and talismanic talents of frontman Lee Cressey. The guy sounds like a back-from-the-grave Layne Staley stood behind the mic, strapped into Josh Homme’s 1992 guitar rig, soloing and riffing away as if he’s inherited Randy Rhoads gargantuan chops. Backed by the metronomic rhythm section of David Oglesby on drums and teenage bassist Rob Glenn the trio hark back to well-reminisced times for rock music. Grunge is just breaking onto the radio (the good, heavier grunge, none of that Nirvana shit), Kyuss are igniting ferocious generator parties and changing heavy metal forever whilst the old Sabbath guard have teamed up with Dio to remind us all that they OWN the riff. Under the watchful eye and excellent mixing/mastering talents of producer Jimmy Hetherington (Komrad), the power trio trade groovy early-C.O.C. riffs off against Alice in Chains’ emotional vocal bursts and a ‘Paranoid’-era battery of booze-fuelled rhythms.

The likes of ‘Cosmic Collisions’ and ‘V.A.G.’ sound so familiar in both tone and content, yet seem to bring a new type of understanding and confidence that is rarely coined by a band with a relatively small amount of experience. Cressey’s sickly-sweet, treacle-thick voice sits on top of a forest of metallic glory like a jockey on the saddle of a prize mare: riding the rocky turbulence of the race, yet remaining firmly in control. His riffs have the ability to be colossal mountain peaks one minute (‘Hedonist King’) and mellow to near acoustic (‘Nuclear Winter’) in another. ‘Sonic Tomb’ and ‘Quaalude ’74’ are the big hitters of the record – the former harking back to the days when Sons Of Kyuss were forced to blast some of the biggest, most Wretched riffs ever heard into the static Sky Valley air, or face the wrath of the Mexican biker gangs who showed up uninvited to their sand-dune shindigs. ‘Quaalude ’74’ is a wah-wah peddling, mid-paced space-voyage into an abyss of anxiety-drug abuse through the metaphor of interplanetary dissatisfaction.

The title track sums the band up perfectly – a good hard, honest romp through to the finish with a killer chorus in tow to face up to Oglesby’s precision hide-bashing. But hark! There’s a hidden bonus track: a tasty cover of thee Sabs’ ‘Into the Void’, and its pretty spot on too. Sticking true to the classic version, rather than attempting to reinvent the ‘Master of Reality’ doom-metal wheel, like Monster Magnet once tried with laughable results, Mother Corona serve up the immortal riff a tiny notch faster as Glen’s tunnelling bassline matches Geezer Butler’s for quality.

It’s fantastic to hear a solid British 3-piece smashing one out of the park on their debut release, and I’ve no doubt that with more live experience (the band have been confirmed to support Karma To Burn in Bournemouth later this year) Mother Corona can step into the boots of the likes of Orange Goblin and Acrimony as a leading light on the scene. ‘Lude up boys, and keep the stoner train rollin’ into many a new vortex.