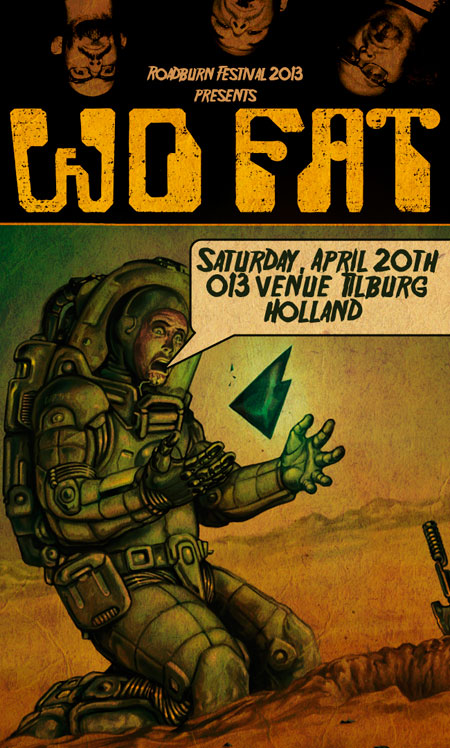 Roadburn are very pleased to welcome Texas riffmasters Wo Fat on Saturday, April 20th, 2013 with their blues-infused version of psychedelic doom. Tearing through the speakers like a swamp monster summoned from some dark cosmic morass, they rose from the deep and began their psyche-doom-adelic quest in 2003, with the goal to make music that remained within the paradigm forged by Black Sabbath, Hendrix, ZZ Top and the other greats of the 70′s, but that was also crushingly heavy and at the same time stayed true to the haunting blues that moan and wail deep within their souls.

Through their sonic journeys, they have managed to find a compelling balance between monolithic, cyclopean riffing and spaced out, psychedelic jamming. Structure and improvisational freedom being equally important elements to their music.

Three albums and nine years later, Wo Fat has joined the Small Stone Records roster and is offering up a new epic album, The Black Code, which contains five hefty slabs of classic Wo Fat analog fuzz, but this time with a more sci-fi related motif, full of cyber-visions of evil code and premonitions of digital horror and is maybe their heaviest work to date. It’s heaviness in groove, sound and feel as well as riff. This is organic, earthy metal. This is a pure, expertly cultivated, homegrown strain of Texas riffage.