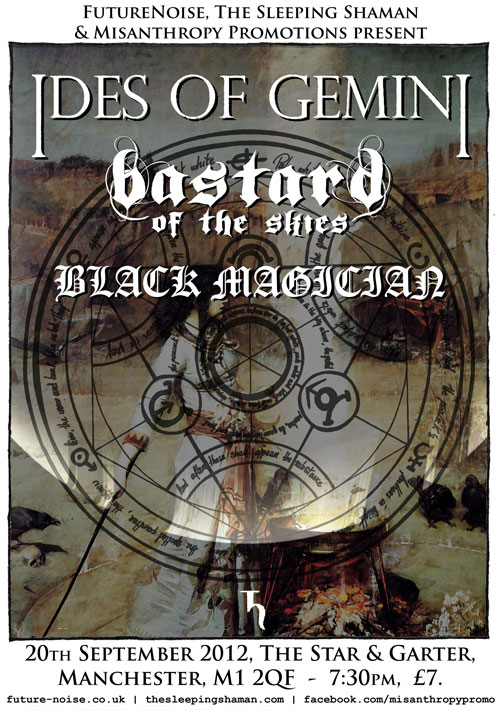 We need your support once again, on Thursday 20th September (that’s next week) we return to our favourite Manchester venue The Star & Garter to play host to IDES OF GEMINI who will be touring the UK in support of their recent critically acclaimed album ‘Constantinople’ which was recently released on Neurot Recordings.

Support for the night comes from Blackburn’s BASTARD OF THE SKIES who are just about to drop their new album ‘Tarnation’ via Future Noise Recordings, and opening proceedings are Liverpool’s BLACK MAGICIAN (Shaman Recordings/Burning World) who’ve just released their debut album ‘Nature Is The Devil’s Church’ and a band we’re really stoked to get over for their first ever gig in Manchester.