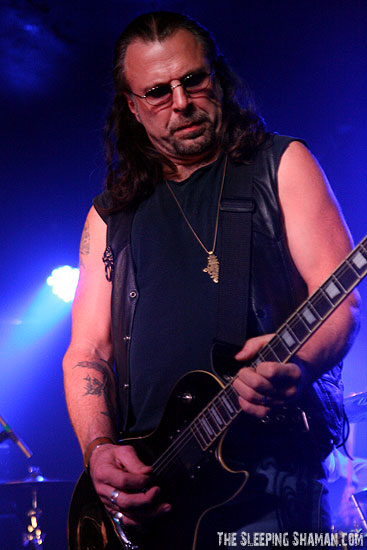 In~Graved, the new band led by former Pentagram and Place of Skulls guitarist Victor Griffin, has released the track listing for its self-titled debut album set for release in Europe on Friday, March 22 via the Finnish label Svart Records and in the U.S. on Tuesday, March 26 through Veritas Vinyl. 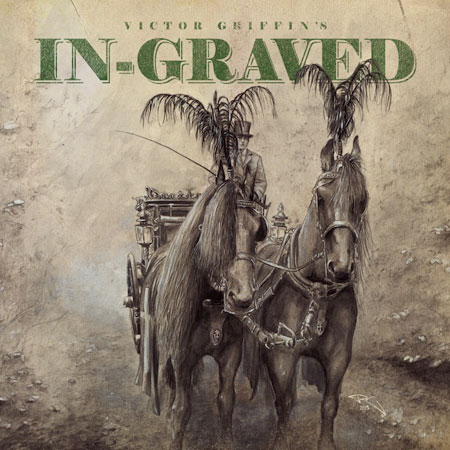 The track listing for the CD is as follows:

The album was recorded at Lakeside Studios in Knoxville,Tennessee and engineered by Travis Wyrick & Mike Dearing (Place of Skulls) with cover art by Richard Schouten (Place of Skulls, Massacre, Roadburn).

Roadburn are really pleased to announce that Victor Griffin’s In~graved will take part in the 2013 Roadburn Festival on Saturday, April 20th at the 013 venue in Tilburg, Holland.

While closing the books on Pentagram and Place of Skulls in 2012, Victor Griffin invited drummer Pete Campbell to join him in the studio to record a new album. With no name, no members, and a batch of unfinished material… they cranked out 8 tracks in just under a week and Pete went home. But much was left unfinished.

An invitation was then extended to some of the best bass players around with Guy Pinhas, Ron Holzner, Greg Turley, Marty Swaney, and Dan Lively accepting.

Meanwhile, keyboardist Mike Puleo was making his contribution. Then with great enthusiasm… the timing was right for Jeff “Oly” Olson to join and bring the Hammond organ alive on the rest of the album!

So to this end, Roadburn 2013 will now deliver to you the debut heavy metal / blues thunder of Victor Griffin, Minnesota Pete Campbell, Guy Pinhas, and Jeff “Oly” Olson… onstage and In~graved! 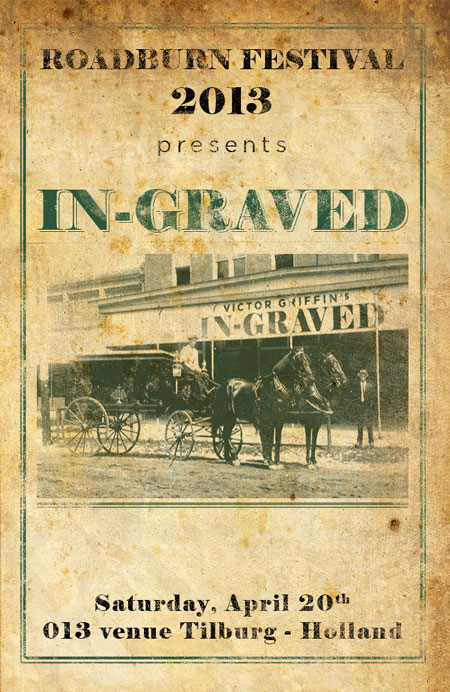