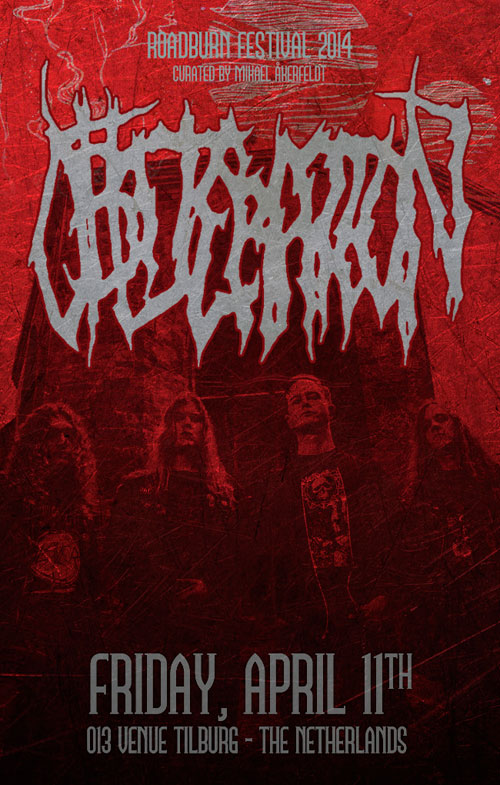 Norway’s Obliteration will leave a trail of destruction via their haunting death metal at Mikael Ackerfeldt‘s 2014 curated Roadburn event on Friday, April 11th at the 013 venue in Tilburg, The Netherlands.

“I’m far from a musical traditionalist except when we’re talking about a specific genre: Death metal”, says Mikael Åkerfeldt, “I want it to be to-the-core dirty and, in lack of a better word, groovy. This happy bunch does everything to fill the needs of a jaded and aging death metal fan like myself. Great drumming, vomit-like vocals and superb riffing. I’m tempted to use the words ”old school”, but Obliteration are way bigger than some random retro band. They’ve drawn inspiration heavily from the late 80’s / early 90’s Scandinavian and North American scene. If you’re a fan of Autopsy and early Entombed with a topping of extra grit, you’ll not be disappointed.”