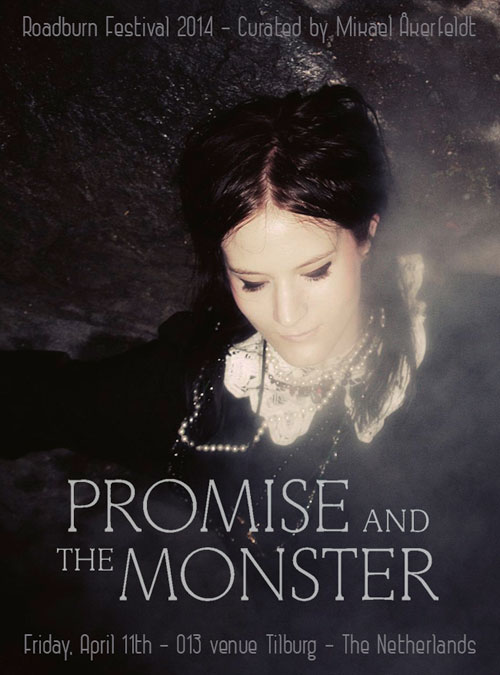 The Roadburn Crew are very pleased to announce that Promise And The Monster will bring goth / folk / pop and sinister Lynchean vibes to Mikael Åkerfeldt‘s curated 2014 Roadburn event on Friday, April 11th at the 013 venue in Tilburg, The Netherlands.

“I was very much unaware of main woman Billie Lindahl when a friend and I went to see her play at a small venue south of Stockholm”, says Mikael Åkerfeldt, “She delivered an evocative set that I will never forget. On her own, with an acoustic guitar and an echo type pedal. I was floored. Sombre, emotive and simply beautiful. I can’t compare it to anything else. I don’t want to use the word ”timeless” just yet, even if there’s a fair chance in 20 years’ time her sounds will be known as  some of the ”traditional arrangements” of the 21st century. Promise And The Monster will perform as a full band at Roadburn which I’m rather sure will be the curveball addition to the Roadburn line up for 2014. Don’t miss it!”