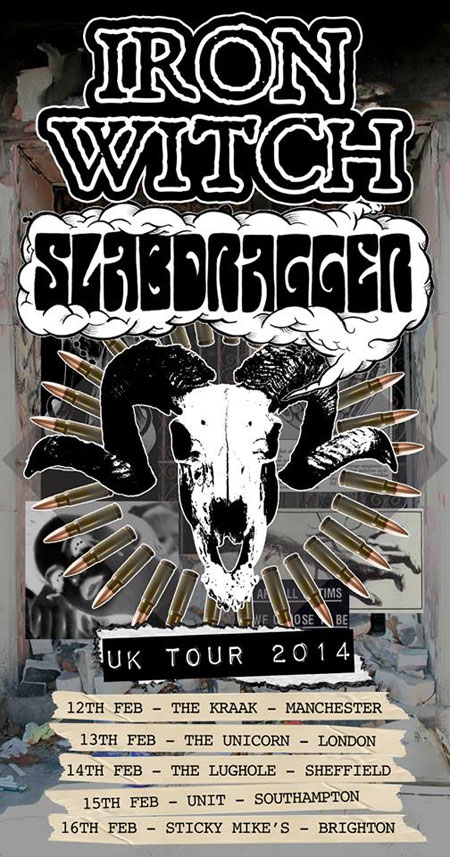 Following their appearance together on the Electric Amphetamine stage at Damnation Festival 2013, Scouse sludge lords IRON WITCH are teaming up with crushing Croydon trio SLABDRAGGER for a five date UK tour.

Iron Witch bassist Rick Owen commented on the dates: “We’re really looking forward to hitting the road with our bros SLABDRAGGER next month. Hopefully see a lot of you out there. Cheers and beers x”

IRON WITCH will be touring in support of their split with grindcore/sludge berserkers The Atrocity Exhibit, available now from Dead Chemists and Witch Hunter Records. IRON WITCH’s side of the split was recorded, once again, by Bri-Doom at 1in12 Studio, Bradford. These dates will also be a chance to hear some of the bands new material before they head into the studio to begin work on their long awaited debut album.

Meanwhile SLABDRAGGER are still supporting their split 12″ with Meadows which is out now via Head Of Crom and copies can be purchased HERE.