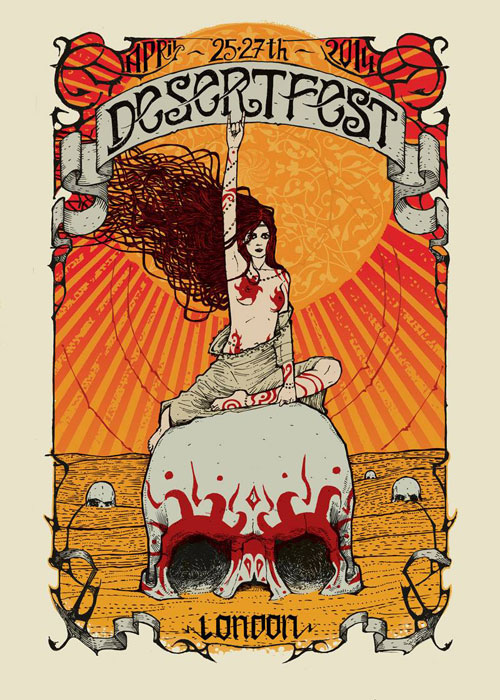 Back for the third year running, Human Disease Promo & When Planet’s Collide are teaming up once again to curate a stage of smoked-out heavy rumblings at DesertFest London 2014.

Anyone who caught the crushing slab of decibel meter smashing doom that radiated from their stage earlier this year will know to expect the heaviest, loudest, most tripped out, underground Sludge / Doom from around the globe when The Underworld gets taken over on the final day of the festival again in April.

This year will see them bringing as many variations of the theme as are out there to forge a dynamic stage including elements of Pysche, Prog, Dark Metal and Crust, as well as the traditional dirty Sludge and weedy Doom riffs. And Desertfest London are elated to announce that the confirmed bands to play HDP / WPC curated stage are:

Bring your earplugs and lose your mind as Human Disease Promo & When Planet’s Collide draw out the festival in swampy, distorted style.

In A Band? Want To Play Desertfest 2013? Then Enter The Desertfest Band Competition!