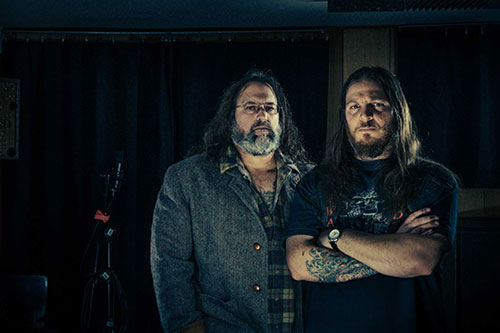 One of the most mysterious and intriguing bands to appear from the American underground in the last few years, VESTAL CLARET is the creation of Simon Tuozzoli and Phil Swanson (SEAMOUNT / HOUR OF 13 fame), and play a killer mixture of doom and heavy metal riffage with a definite penchant for the morbid and sick atmospheres. Are you ready for the ritual to begin? You better go sharpen your krises!

The band’s first release with Cruz Del Sur Music, The Cult Of The Vestal Claret, is the follow up to their 2011 debut, Bloodbath and will see the light of day in April 2014. The album will be available on CD, Digital and Vinyl formats.