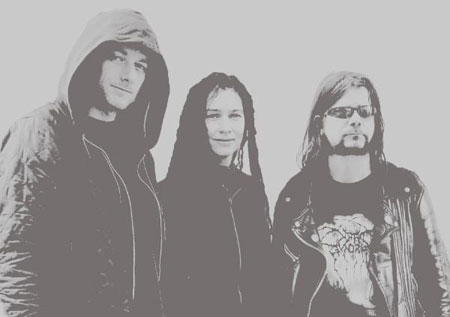 Desertfest are incredibly happy to announce TONER LOW, Holland’s mighty bearers of super-heavy stoner-psych riffs, who are set to destroy the HDP/WPC stage at Desertfest London this year. Despite their first album not seeing the light of day until 2005, TONER LOW have been making smoke inspired rumblings since their formation back in 1998. Shifting from a 5-piece down to 4 members and then eventually down to a trio TONER LOW honed their sound from straight up stoner rocking into a sonically heavy fuzzed doom force, playing shows with the likes of Karma To Burn, Orange Sunshine and Dozer along the way.

Their self-titled first album featuring tracks like the stomping opener ‘Evil Machinery On The Rise’ received glowing reviews and was followed by a string of tour dates / festival apperances across Europe, including their only 2 UK shows to date in 2007. Much in the same pattern, although be it with a lineup change, 2008′s follow up full length – simply named ‘Toner Low II’ – saw the band perfecting their arsenal of enormously heavy minimalist riff repetition across 4 tracks and led to a continuation of multiple European live shows / festival dates. Following this route has led in more recent years to an intensely amped slab of space-drone riff-ery, reminiscent in places of everything from the ambiences maintained on certain Om / Sleep records, through to the more crushing drone-doom orientation of bands like Monarch! and Pombagira.

The band have followed a steady path to reach the overwhelming heaviness that they now radiate with ease, occasionally self releasing via their own Roadkill Recordz label, and playing various shows / festivals alongside some of the biggest names in stoner / doom circles (e.g. Boris, Orange Goblin, Electric Wizard, Acid King to name but a few).

With a new album expected in a few months timeTONER LOW will be one not to miss at The Underworld on the final day of the festival as they return to the UK for only the second time in their 15 year history.