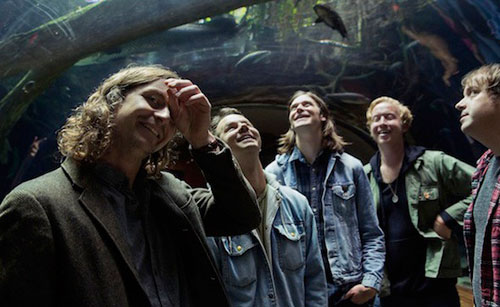 The band progressed from their original garage rock stylings into psychedelia and in 2007 changed their name to SLEEPY SUN, with the addition of former singer Rachel Fannan. Soon after the band set to work on their debut and self-released “Embrace” in 2008 (re-issued by ATP Recordings in 2009), which received favourable reviews. Shortly after the release of the album Guy left the band and was soon replaced by new bass player Jack Allen.

SLEEPY SUN released their follow-up album, “Fever” in 2010, and “Spine Hits” in 2012, the band’s first studio album without Fannan. Now in 2014, they released on January 28th their fourth LP “Maui Tears” via Dine Alone Records : 9 tracks of mind-melting trip exploring festering psych-garage, languid space-rock and stoner-waltz delirium that you can stream HERE!

During the past five years, SLEEPY SUN also embarked on multiple tours, and the band’s mixture of alchemy and architecture on stage has twisted knowing and discerning heads. With their live show becoming a subject of acclaim, Brit-pop colossus Arctic Monkey’s hauled them out on tour in 2010, and drone-psych leviathans Black Angels did the same a year later. Starting a 35-dates tour in the USA on February 13th, they will reach European lands in April, and will make a stop at Desertfest Berlin 2014! 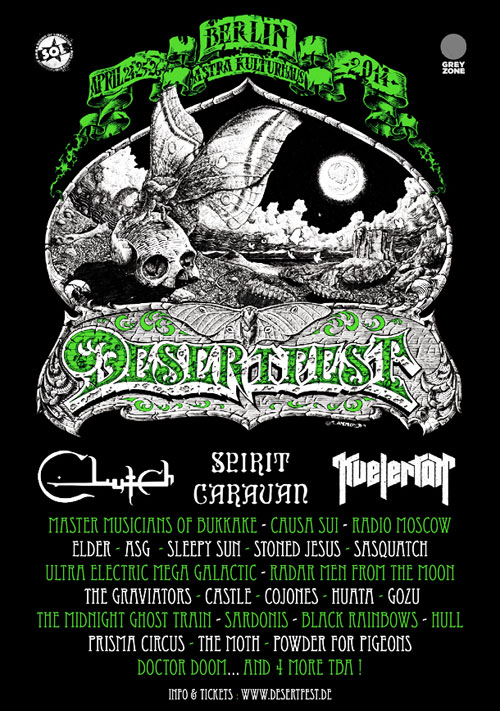 In other Desertfest Berlin news, the line up for this fuzz fuelled weekend has been getting stronger by the week with acts recently announced to play include:

Alkerdeel Added To The Roadburn Lineup For Saturday, April 14th