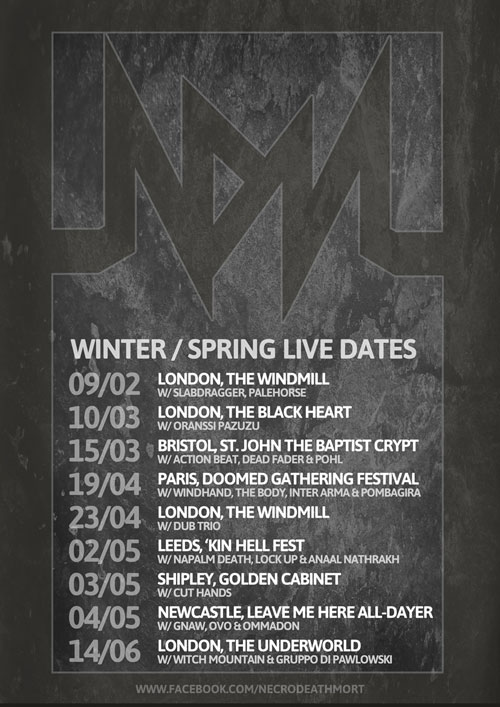 London’s atmospheric doom duo NECRO DEATHMORT will be playing a string of winter/spring shows across the UK this year, including appearances at France’s Doomed Gathering, Leeds’ ‘Kin Hell Fest 2014 and Newcastle’s Leave Me Here All-Dayer with Gnaw and OvO.

NECRO DEATHMORT are also working on the follow up to 2012’s ‘The Colonial Script’, last years ‘EP1’ and issued the following collective statement about the new recording: “We’re currently putting the finishing touches to our as-yet un-named 5th record. Unlike its predecessor, this record will have a strong focus on our more doom-oriented sound and is by far our heaviest offering yet. Expect a vinyl release in summer through Distraction Records, who have believed in us since day zero”