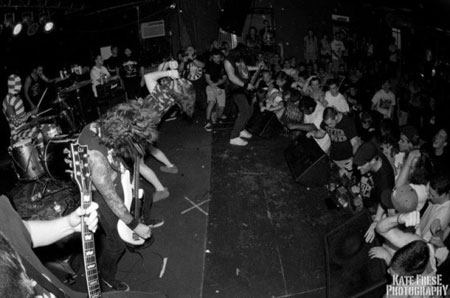 Dallas-based thrashers POWER TRIP today officially announce their induction into the Southern Lord family, confirming a multi-album with the label.

Having amassed a diehard following since their 2008 formation through their crushing live shows, as well as several compilation inclusions, demos and EPs released via Lockin’ Out, Withdrawal Records, Triple B Records and other indie labels, POWER TRIP channel the old-school crossover energy of legendary acts like Cro-Mags, Nuclear Assault and Leeway through modern thrash warfare.

POWER TRIP’s forthcoming recording and live schedule will be updated in the weeks ahead… stay tuned for what is likely going to be the priority crossover release of 2012 and in the meantime, you can stream their 7″ released via Lockin’ Out Records below.