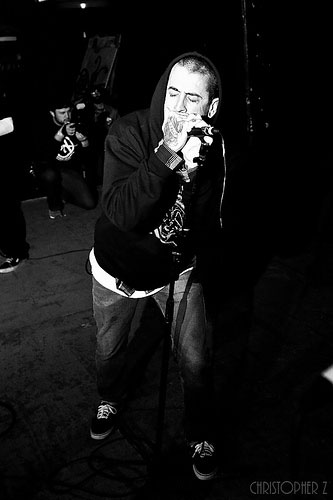 Southern California’s SEVEN SISTERS OF SLEEP have completed three new releases to follow up their self titled LP which was released on A389/Southern Lord Records.

The first release will be available this halloween via A389 Recordings as a split 12″ with California’s extremely vicious CHILDREN OF GOD. This split 12″ will feature three brand new tracks from both bands released as a one-time limited edition pressing of 1000 copies on black vinyl.

Both bands will be playing a record release show on 11/05/2011 @ Aladdin Jr in Pomona, CA alongside Gehenna, Nails, Creatures and The Mistake.

The band will then head over to the east coast to make a brief appearance in NY before heading over to the A389 8th Anniversary Bash to play alongside Eyehategod, Integrity, Starkweather, Gehenna, Junior Bruce (Ex-Bloodlet) Pulling Teeth, Weekend Nachos and more.

This will be followed up by a second new release on A389 in early 2012: a deluxe Gatefold 7″/CD titled ‘Devil’s Rain‘. This release will feature three new songs in addition to a CD containing bonus tracks and new videos.

Finally, a third limited edition 7″ release on the elusive boutique label Vedavu Records (Gehenna, Devil, Tafkata) containing yet another new song and a few other surprises.