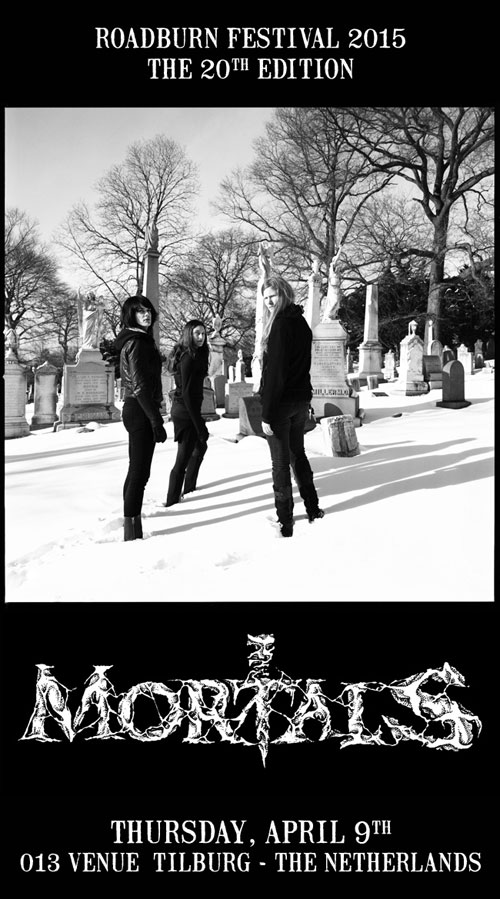 Effortlessly shifting from stoner rock to black metal in a flash, Mortals‘ infectiously colossal sound lies in their ability to craft a commonality throughout a blur of dark and heavy genres.

Their critically acclaimed debut record, Cursed to See the Future, released this past July through Relapse Records melds “disparate strands of heavy metal into highly memorable — and viscerally potent — songs. Woven into their dark tapestries you will find strands of sludge, doom, black metal, and thrash. The result is music that’s massively heavy, massively headbangable, and almost always decimating to the core” according to No Clean Singing.

Mortals on joining the Roadburn 2015 lineup: “Roadburn is practically legend for being the very. best. metal. festival. and the most raging heavy metal party in the world, so needless to say we’ve wanted to play it for a long time. We look forward to slaying Tilburg in April.”

Mortals will destroy Stage One of the 013 venue in Tilburg, The Netherlands on April 9. You have been warned.