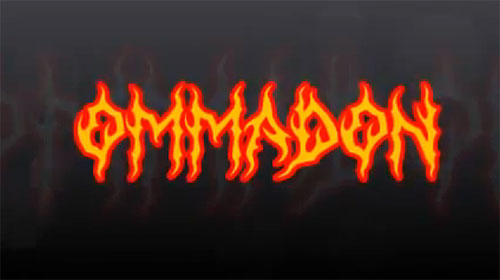 OMMADON have had a busy year so far and there is a LOT more to come. Here is what these drone behemoths are doing with their riffs…

New Albums:
OMMADON are just about to finish mixing the monster that is V, the band hope someone will release this on vinyl but they plan to release it themselves at the end of the year if no one steps up to the plate. Contact them if you are interested.

Old Albums:
OMMADON are delighted to have Tartarus Records (Netherlands) and Witches On Fire Records (Germany) release the first 4 recordings as a tape discography in late 2013. This will come in rather special hand-collected forest packaging, which will be revealed later in the year.

Live:
OMMADON have had an amazing time playing gigs over the last two months in England, Ireland, and Scotland. The heaviness seems to have translated well live so they are looking to do more tours in Easter and Summer 2014. Get in touch with the band direct if you, or you know someone who wants to put them on.

Live Recording:
Meanwhile, below is a video of OMMADON‘s full set live in Edinburgh. They will be recording this beast in Easter 2014, the band states they are “only going to get heavier” and they’d like to thank Bruce Cowie of The Fudlip for the visuals, which were entirely his interpretation of OMMADON.