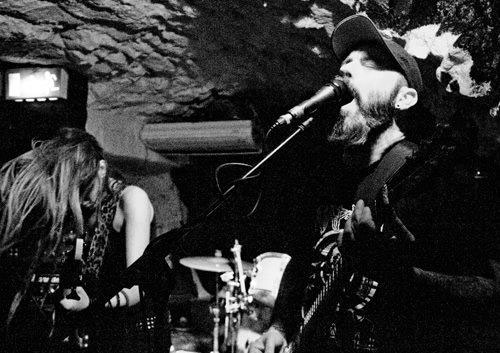 Providing a crushing soundtrack to the endtimes, Ireland’s OKUS burst forth from the country’s flourishing underground scene with a devastating statement of intent in the form of their self titled debut album, released this June via Underground Movement.

Buzzsawing guitars, enraged vocals and a pummeling rhythmic core are the tools the Drogheda based four piece (who feature former members of legendary acts The Dagda and Bleeding Rectum) use to articulate their scorched earth paens to the impending apocalypse. Their heady mix of metallic heftiness, hardcore punk fury and claustrophobic doom is a compelling listen – a work of precision and articulacy that can change from a mournful dirge to a high speed explosion in the blink of an eye. 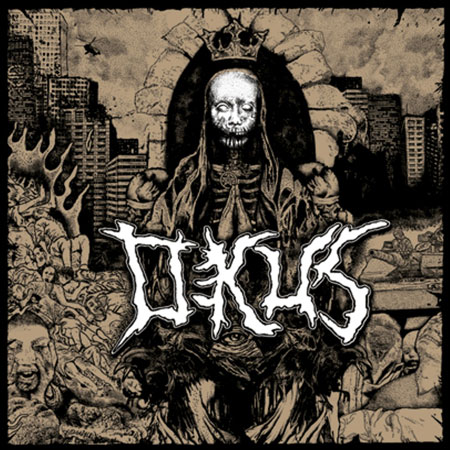 Born from a country in an era of economic and social decline, the band have tapped into the damaged psyche of not only the Irish experience in 2013, but the global sense of dread permeating everyday life. But rather than be enslaved by bleakness, OKUS deliver a series of enraged rallying cries against the dying of the light.

Recorded and Mixed at Dead Dog Studios by Johnny Kerr, and with evocative artwork by Sean Fitzgerald, OKUS have delivered a formidable debut that provides a crushing soundtrack for the end times.

OKUS is available now on CD direct from Underground Movement HERE and Digital Downloads from the bands Bandcamp page HERE.