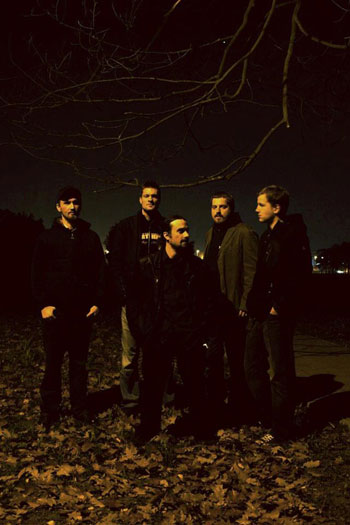 The idea behind this album was influenced by five elements of nature situated in a winterly landscape. As a man is thorned by emotions of pain, stress, anger and sorrow. Everything is tranquil and peaceful when snow falls and silences all. The album offers melodies and heavy riffing mixed with moments of sorrow and calm.

Read on for more info on these Croation Death Doomers…

(DRAMA), who sing in their native tongue, were founded as a three piece band in the late spring of 2004 . Completing the line up with the second guitar and vocals, the band began playing live and creating songs for the demo which was recorded mid-2006 .

The stagnation that followed due to changes in the line up was characterized by the stylistic shift toward more advanced and creative song writing, and during this period first concepts and ideas were made that began to form present musical style. Band began playing and eventually resumed live appearances while working on new songs. After a lengthy period of creating the concept, style and music, band successfully completed song writing for their first album, “Zastor Tišine” which was recorded in 2010.