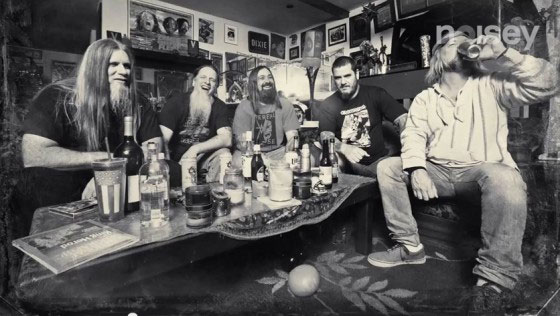 In the sixth episode of the NOLA: Life, Death And Heavy Blues From The Bayou documentary, Noisey joins Down guitarist Pepper Keenan. Despite tragedy surrounding the band and their native city in the wake of Katrina, Down rose again to new heights with their new LP and subsequent tour.

NOLA: Life, Death And Heavy Blues From The Bayou is a seven-part series examining the people and the culture that helped foster bands like Down, EyeHateGod, Crowbar, Acid Bath, Goatwhore and so many others. Launched on September 23rd, the series features in-depth appearances from the likes of Philip H. Anselmo (Housecore Records, Down, ex-Pantera), Mike IX Williams (EyeHateGod), Jimmy Bower (EyeHateGod, Down, Superjoint Ritual et al), Kirk Windstein (Crowbar, ex-Down), and Sammy Duet (Goatwhore, ex-Acid Bath), discussing the bands, catastrophe, drugs, suicide, murder, and records that helped shape the New Orleans sound known the world over.