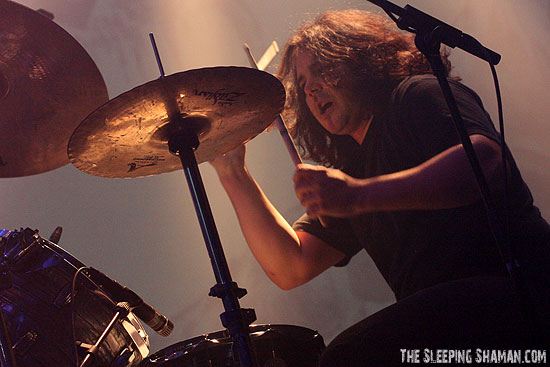 The decimating metal/sludge duo that is BLACK COBRA has crawled out of the shadows with their first shows since two one-off cross-continental gigs in January, proclaiming an upcoming May decimation of the West Coast!

The newly planned five-day, five-city run will originate in BLACK COBRA’s San Francisco hometown on May 22nd, then systematically shredding through Fresno, Pacifica, Portland and Seattle. Providing opening support for the trek will be California-based noise metal outfit, The Cutthroats 9 (featuring members of Unsane, Death Angel and -16-), and Norwegian Grammy-winning noise/punk outfit, Årabrot.

Additional live outings will be announced in the coming weeks. BLACK COBRA is currently constructing new material; additional news on the band’s 2014 actions will be released in the near future. 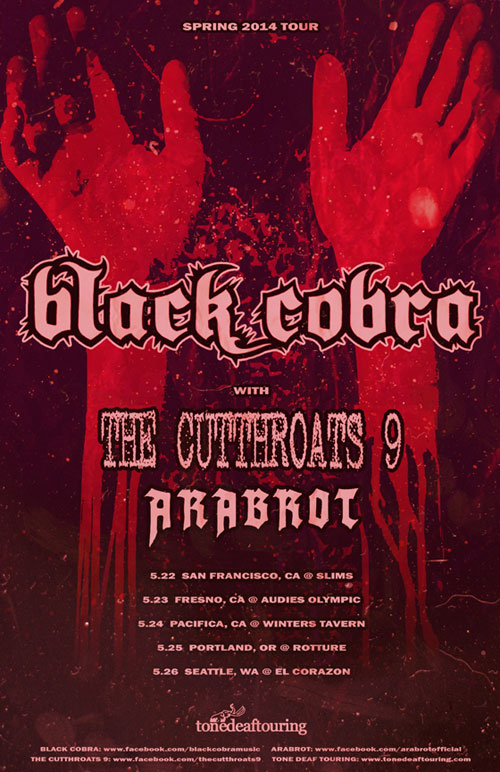