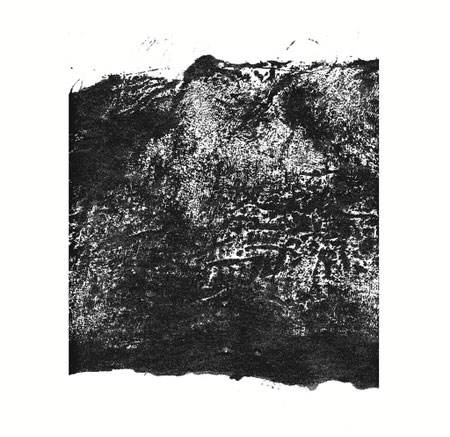 MAMIFFER and PYRAMIDS have come together to release a collaborative Split 12″ to be released via Hydra Head Records on October 16, 2012.

Rare is the pairing of 2 bands for a split release, when their artistic visions actually compliment each other, where two distinct voices manage to create a cohesive piece instead of a varied playlist, and where the split format actually makes total sense. Such is the case with the split release by MAMIFFER and PYRAMIDS.

Cryptic Seattle duo MAMIFFER has a young but prolific history of exploring various uncharted corners of sonic space and re-envisioning the templates of drone, doom, neo-classical, and dark ambient. The mysterious and elusive Denton, Texas band PYRAMIDS is just as enigmatic. Eschewing live shows altogether, what little is known about the band is limited to their recorded output and the terse liner notes accompanying them. Flirting with shoegaze, black metal, musique concrete, psych rock, and industrial, often within the space of just one song, Pyramids seems less like an actual band than a curator, a master of ceremonies selecting disparate sound sources and stringing them together into a coherent whole.

The resulting split by these two bands could almost qualify as a collaboration of sorts. Though the two sides of the record are both the independent product of each group, the record has a unified mission. The entirety of the album harnesses a unique kind of understated beauty nestled within layers of caustic noise. Both groups thrive on hypnotic elegance, conjuring subdued melodies from unlikely sources. A lone gritty sustained guitar note feeds back in harmony with a sparse piano line; an oscillator weaves a woozy, narcotic tune amid a haze of white noise; a chopped up and manipulated vocal line yields an even more breathtaking ballad. But neither band believes in easy victories-these rewards are reserved for the patient and the curious. Blocks of distorted dissonance, cacophonous sub-bass rumbles, electronic flutters and chirps, field recordings of bottles rolling, and various other forms of sonic detritus create a tense and occasionally jarring
counterpoint to the moments of sublime grandeur.

Independently of one another, MAMIFFER and PYRAMIDS have continued their legacies of experimenting with the conventions of songcraft, the manipulation of traditional instrumentation, and the boundary between light and dark. Together, they have forged a singular statement of pathos and redemption, beauty and menace.

PYRAMIDS:
1. This Is One For Everyone