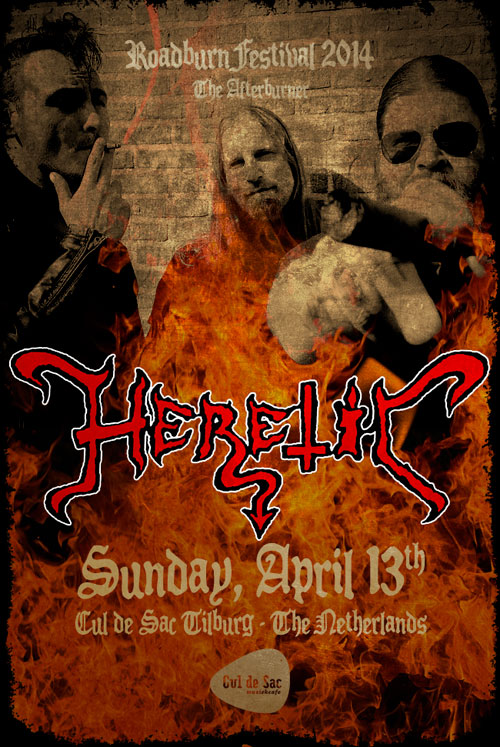 Roadburn HQ love their heavy metal to be simple, pure, raw, dirty, and totally in thrall to Venom, Bathory and their blasphemous ilk .

From 1999′s Black Metal Holocaust to 2013′s Angelcunts and Devilcocks, Heretic sound like the baying of a pack of filthy hounds of hell, showing that simple riffs, the voice of a bastard and glorious hymns to Satan are all we need when it comes to a black’n’roll’n’trash attack.

THE BODY Preaches End-Time Sermon Through New Hymn At Pitchfork