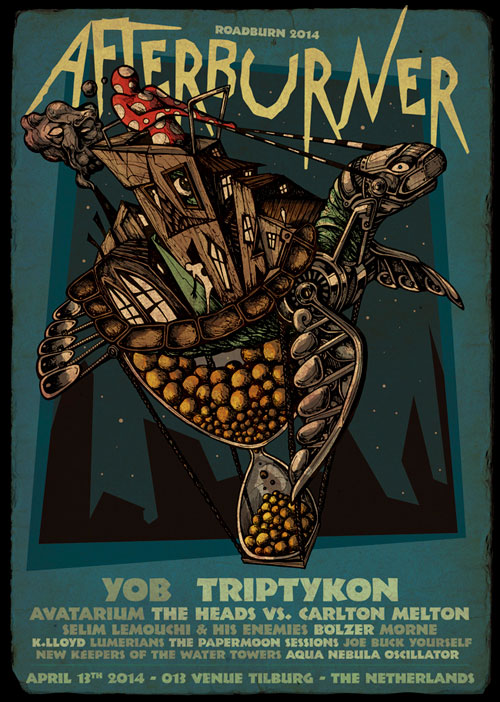 Roadburn 2014 itself may have long sold out, but now the Afterburner is sold out too!

Walter & Co would like to say a big thanks to all of you who bought a ticket, they’re so proud to have such a loyal audience. Of course, they also look forward to welcoming all of you first-time visitors, too and hope to see you all at the front for some riff-tastic-action!