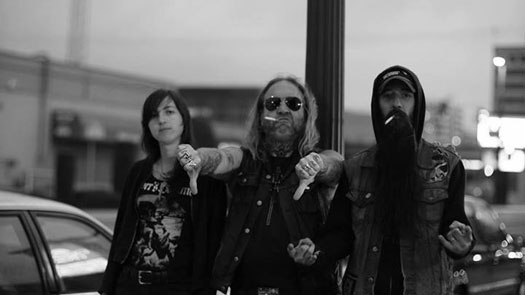 Vice music portal Noisey is now streaming the Boise doomhounds UZALA‘s sophomore LP, ‘Tales of Blood & Fire,’ in its entirety, commenting, “Just because Northwestern doom band Uzala have female vocals in front does not make them anything like buzz-band Windhand. Uzala’s approach is far more sinister, going less the bluesy route and instead straight for the jugular with pained, noisy riffs beneath Darcy Nutt’s ominous voice.”

Listen to the whole thing and soak in the evil HERE.

The album is now available from King Of The Monsters Records (with an official release date of October 15th). Purchase one of the crazy-limited vinyl records on a variety of colors HERE.

Those who prefer a more lo-fi approach can preorder the cassette version from the newly-launched GypsyBlood Records HERE. 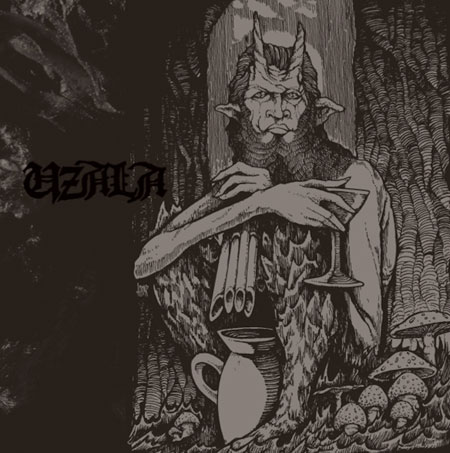 The band have also just kicked off a tour with Mike Scheidt (YOB) that will take them hither and yon across the United States. Sabbath Assembly and Mount Salem will join the doomed duo for a handful of dates, and stops at Portland’s Fall Into Darkness Festival and Baltimore’s Autumn Screams Doom Festival are also on the cards.

WOLVES IN THE THRONE ROOM: Recordings Penned For 2014 Release