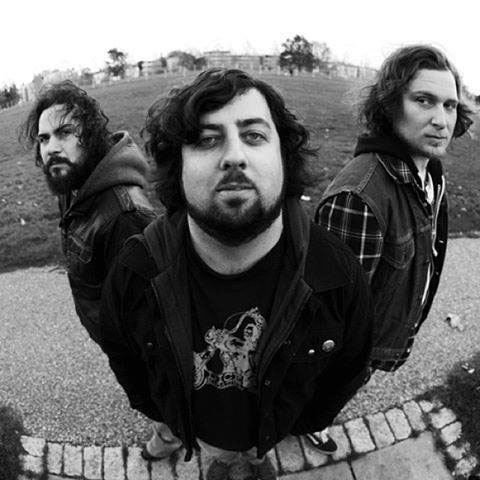 Ripple Music is proud to announce the signing of acclaimed, hard-hitting UK-based retro-heavy rockers, STUBB to their ever-expanding roster!

STUBB was formed in 2006 with Jack Dickinson on guitar and vocals, Aaron O’Sullivan on drums and Isa Bruni on bass. The power trios of the late 60’s and early 70’s were the blueprint for their loud driving, fuzzed up heavy blues rock. In 2009, Chris West joined on drums and Peter Holland on bass (both also members of Trippy Wicked), solidifying the first classic line-up. The band recorded their first full length album for Chris West’s label Superhot Records, and hit the road, gigging with such heavy rock luminaries as the Gentlemans Pistols, Firebird, Cherry Choke, Steak, Sungrazer and The Machine as well as appearing at Desertfest to a packed Purple Turtle. Making the trip over to Europe twice with Stone Axe from the USA further cemented STUBB‘s reputation as a solid live act with some serious chops.

“We are delighted to be signing with Ripple Music, who are one of the hardest working independent labels on the scene,” Dickinson said. “To be alongside the likes of Mos Generator, Mothership, Stone Axe and Grifter as labelmates is an honour and a pleasure. The new record will bring you the sound of STUBB that along with a whole load of new shades and surprises. We hope to come and play in front of new audiences and treat you all to the loud sound of three guys doing what they love.”

With the departure of Chris West, the band recruited Tom Fyfe (ex-Olde Crone) as the new drummer. Tom brings another new sound to the powerful rhythm section as they prepare to head to SkyHammer Studio with Chris Fielding, January 26 – 30 to record their Ripple Music debut. The album will mixed and mastered by Mos Generator’s Tony Reed at Heavy Head Studios, guaranteeing a sonic explosion of heaviness.

For the growing legions of Ripple fans, known as the Waveriders, STUBB will be another must-hear addition to the ranks of bands that already include such heavy rockers as Mos Generator, Devil to Pay, Mothership, Trucker Diablo and Ape Machine. You can bet that the combination of STUBB and Ripple Music will be a combustible mixture!

And in the meantime you can stream ‘Under A Spell‘ EP below: