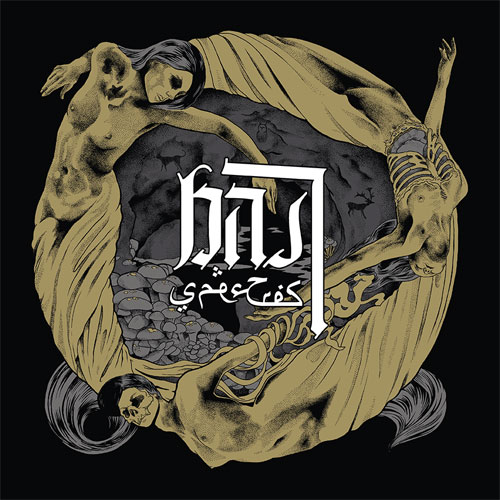 The UK’s blackened doomers BAST prepare to unleash their debut album ‘Spectres’ which is a co-release between Burning World Records and Black Bow Records, the new label founded by Jon Davis of Conan and more recently the man behind SkyHammer Studio.

‘Spectres’, which was also the first to be recorded at SkyHammer Studio with Chris Fielding at the helm, will see the light of day in early 2014, Burring World will handle the CD version while Black Bow will release it on 180 gram heavy weight black vinyl limited to 300 copies and just 50 cassettes. Artwork was also realised by the bands very own Craig Bryant.

Jon Davis commented on release.. “It is with great pride that I can announce the first release on Black Bow Records. The first album to be recorded at Skyhammer Studio, with Chris Fielding on production duties. Visuals were lovingly crafted by Craig Bryant (vocals / guitar). This will be released on black vinyl, limited to 300 copies. Worldwide shipping. This album sounds like a thousand bloodied hands, smashing your face from your skull.”

BAST is a trio specialising in an unhealthy blend of Black Metal and Doom. With a flair for experimentation and emphasis on storytelling, the debut full-length ‘Spectres’ weaves together a hatful of heavy and a pinch of psychedelia to take you on a journey of Godless riffs and crippling atmosphere.

In the meantime, you can still stream the bands Demo from earlier this year as a taster of dirge to come below as well as download it for FREE from their Bandcamp page.

DISCHARGE: Hear Nothing See Nothing Say Nothing – The CVLT Nation Sessions Covers Compilation