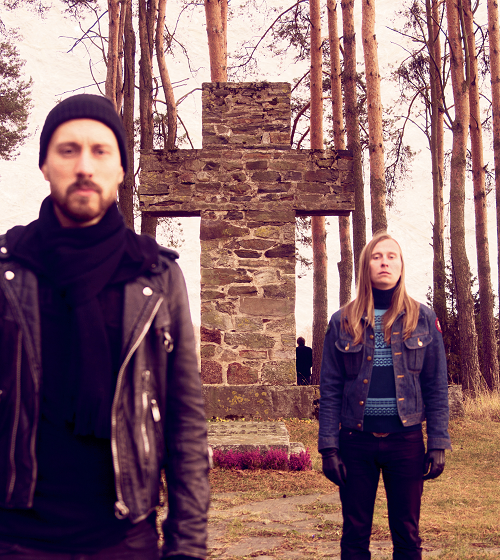 Finnish doom metallers GARDEN OF WORM premiered the new track “Summer’s Isle, Including Caravan” earlier in the week (stream HERE) at slow ‘n’ low authority TheObelisk.net. The track hails from the band’s highly anticipated second album, Idle Stones , set for international release on March 6th via Svart Records. Having played progressive rock in various groups, in 2003, the group decided it was time to play simple & basic doom metal. Thus, Garden of Worm was born. After several releases on several metal labels, the latest being the successful self-titled debut album for Shadow Kingdom Records in 2010, the band went into hibernation. Garden of Worm’s debut for Svart, Idle Stones is a product of this long period of quiet life. After the ambitious debut full-length, the band were unsure for a time regarding the direction their art would take next. Slowly, the doomier, grimmer material allowed improvisation to creep in, and the entire work has a newfound sense of spontaneity.

In 2015, Garden of Worm is a different beast than the creature of the early days. The band sounds more inspired and relaxed than ever. The doom metal base is still present, but there’s a freedom and distinct psychedelic warmth to the sound, akin to improvising rock units like Amon Düül II, Träd Gräs, and Stenar. The freedom also adds to the intensity of the live performances: even though there are always composed songs in the set, the improvisational passages keep the band focused on the moment – anything can happen.

IDLE STONES Tracklisting:
1. Fleeting are the Days of Man
2. Summer’s Isle
3. Desertshore
4. The Sleeper including Being Is More Than Life

TOWERS II Is The Gnarliest Thing You Will Hear Today; Confirm This At The Obelisk