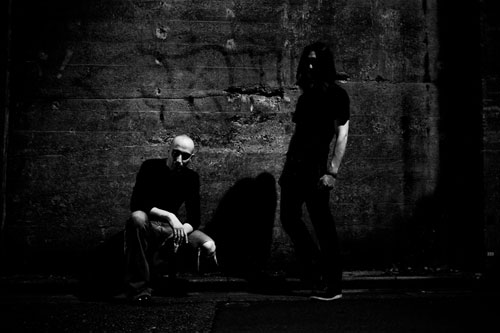 At War With False Noise and Unholy Anarchy today, February 20th, release date for LEGION OF ANDROMEDA‘s debut album, Iron Scorn. Conceived, constructed, and assembled in 2012 by the demented minds of -M- (axe/machinery: Japanese) and -R- (vokills: Italian) and lurking within the inhuman megalopolis of Tokyo, Legion of Andromeda is blessed by the will of total war.

And now, The Sleeping Shaman is honoured to be streaming LEGION OF ANDROMEDA‘s debut Iron Scorn in its entirety, check out the despondent filth below:

The duo’s first offering, released in November 2013 and quickly sold out within a few months, was a four-track/32-minute self-titled demo comprising total aural disintegration, and was recorded, mixed, and mastered in August 2013 by Shigenori Kobayashi (Coffins/Sete Star Sept) at Noise Room Studio in Tokyo for maximum audial displeasure. While being favorably reviewed on several underground webzines such The Obelisk, Black Metal And Brews, this very website by Sandy Williamson (here) and featured by Kim Kelly on her own Necrolust Zine and in Decibel magazine, the demo was distributed by Obliteration Records (Japan), At War With False Noise (EU), and Aquarius Records (US).

In July 2014, LEGION OF ANDROMEDA recorded their first proper full-length with the legendary Steve Albini (Neurosis/High On Fire/Nirvana) at his own Electrical Audio in Chicago. Titled Iron Scorn, the album is colossal, punishing, and devastating in terms of production, dynamics, and sound. Albini’s extraordinary engineering skills and unique genius brought to life a real monster, a huge sonic crusher of devastating proportions. The record, mastered by John Golden (Melvins/Om/Sleep/), is released today, February 20th, on vinyl format only by At War With False Noise in the EU and Unholy Anarchy in the US. On the artwork side, the insanely talented Tony Roberts (Conan/Electric Wizard/Unearthly Trance) provided visual aggression to the album. 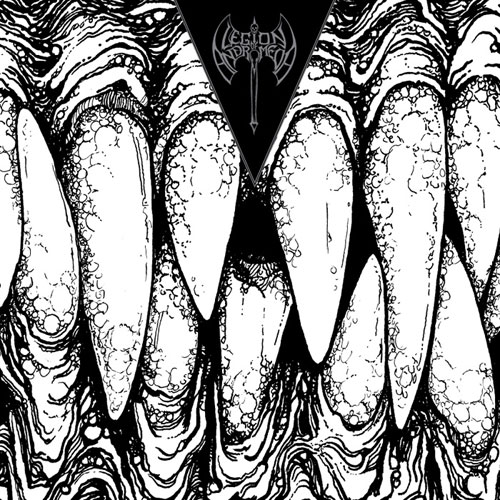