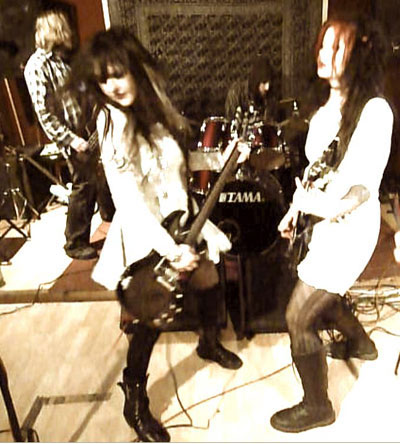 Undersmile will be playing a few dates in the UK & Europe over the coming weeks and confirmed schedule so far is:

For a bit of futher info on the band, read on…

Undersmile are a dual-female fronted doom/sludge band from Oxford, England that formed in 2009. In less than two years they have released two EPs and played gigs all over England including support slots with Weedeater and Zoroaster at the Camden Underworld and have played the Terrorizer Magazine-sponsored Seven Churches Festival alongside Black Sun, Bong and Dopefight. Both their live shows and their recordings have garnered critical praise for their intense and original take on the doom and sludge genres. They’ve been hailed as “The Future of Doom” by Terrorizer Magazine and their debut album “Narwhal” (which was mastered by sludge legend Billy Anderson) will be released on Future Noise Recordings in May 2012.

BONG CAULDRON & NOMAD UK Tour To Kick Off Next Month