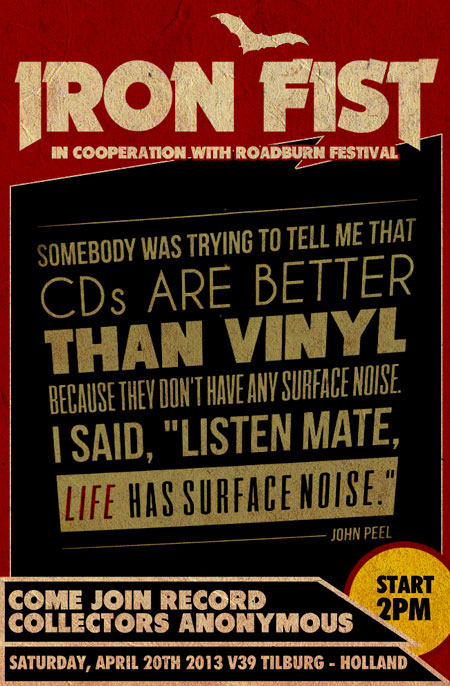 “It keeps me fit, getting up and down all day to turn over a record” Leon West, Copper Records

Record collecting is good for your health. Fact! Jack White, as ambassador for Record Store Day, said that you don’t really own an album until you earn it on vinyl. DO YOU AGREE?

On Saturday 20 April, Record Store Day, at the V39 venue at 2pm Iron Fist Magazine calls you to the first general meeting of RECORD COLLECTOR’S ANONYMOUS. This is a safe place where we can discuss the highs and lows of collecting records from the decline of the record store, to eBay wars and storing and collecting your records. 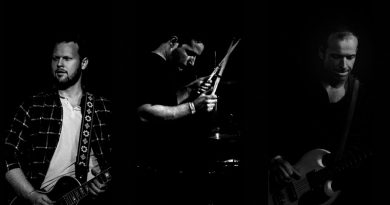