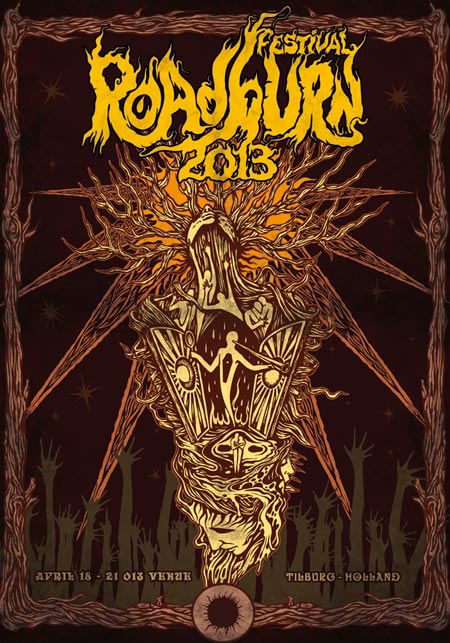 Enlisting the Cul de Sac, the music café located across from the 013 venue, to Roadburn 2013 on Friday, April 19th and Saturday, April 20th, gives Roadburn a fifth stage to host everything from solo performances by truth-seeking artists to sheer rock overdrive.

Friday April 19th
Radar Men From The Moon (16:15 – 17:30)
RMFTM rises to hover back and forth over your head like a gargantuan spaceship before pulling you up in a melodic tractor beam and taking you on a trip across a scintillating sonic galaxy.

Nate Hall (18:15 – 19:00)
Hall’s songs document one man’s catharsis and reflect not only the singer’s heritage and creativity but also time spent listening to the likes of Bob Dylan, Neil Young and Townes Van Zandt.

Duncan Evans a.k.a. Henry Hyde Bronsdon of A Forest Of Stars (15:15 – 15:45)
Intense, powerful, and rooted in English folk, murder ballads and storytelling, Evans will be sharing material from his forthcoming debut album, Lodestone.