Gazing into the void with combined effort since 2010, BLOODMOON have been exploring the musical elements of sludge, doom, stoner, black and death Metal with heavy doses of psychedelia to give themselves a highly distinctive sound of their own. Over the past two years, the band has released two albums, embarked upon several tours, and played countless shows all over the west coast at any given point in between. Between shows, they are continually writing with the self-imparted directive of releasing new music every year while always experimenting with different ways to bring the heavy in their own way.

As if traveling an entire, bitter lifetime, Voidbound takes you for a ride through curiosity and emptiness in three movements. And once it ends, feels as though it has taken part of you back into the depths it calls home. 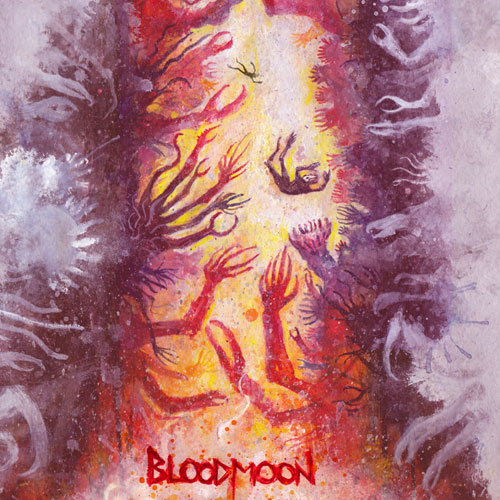