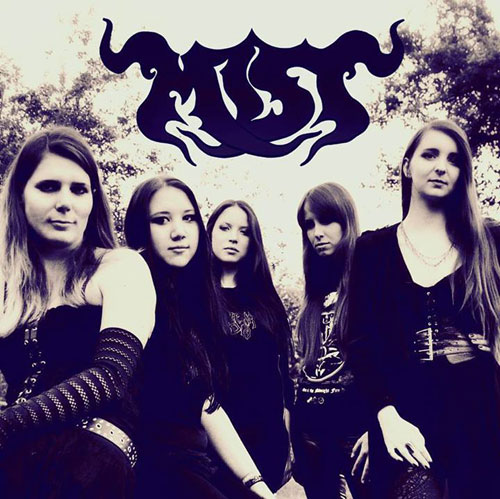 Slovenian doom metal witches MIST released their debut recording, simply entitled Demo 2013, a matter of days ago which can now be streamed below and is also available as a Name Your Price download from their Bandcamp page.

MIST is a new all-female occult doom metal band from Ljubljana (Slovenia), formed in July 2012. They build their music on the legacy of legendary bands like Black Sabbath, Pentagram, Candlemass, Coven, Saint Vitus and others. With the premiere live show at the end of September 2013 the girls without a doubt demonstrated, that such a specific genre of music is not necessarily just a man’s domain.