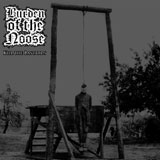 There’s a lot of crap in this world, a lot of clutter and a lot of nonsense. But on the other hand, I don’t think any of us will be able to have enough record labels in our lives. From the big, the bold and the creative, to the tiny, the mischievous and the lo-fi, as long as they bring quality music to our ears, they’re a welcome distraction from a world that clouds our brains and bamboozles our minds.

Gurt frontman and graphic artist Gareth Kelly has been pottering around with his in-house promotions entity, WPC (that’s When Planets Collide, not Woman Police Officer, nor the World Peace Council…) for over 3 years now; putting on awe-inspiring all-dayers of filthy tunes and delicious BBQ-ed meat at Brixton’s The Windmill several times a year. To celebrate said 3rd anniversary, WPC have decided to enter the world of The Label to further spread the gospel of all things sludgy, doomy, punky and psychey to us: the hood-bearing masses. Their first release comes courtesy of this short 2-track single from Birmingham’s visceral noise-abusers Burden Of The Noose, and bye ‘eck; it’s gruesome.

After you’ve torn your eyes away from the nightmare-inducing artwork depicting a hooded man from yesteryear meeting his sorry demise as a literal burden to his noose, there’s the small matter of ‘Circle Of Shit’ to wrap your lugholes around. See-sawing frenetically between mid-paced grindcore, turbo-charged sludge-metal and face-lacerating doom, this is ugly, ugly, ugly territory. That Burden Of The Noose feature former members of Mistress, I Am Colossus, Out For Blood and Godsize might have something to do with the deafening and sodden crawl you’re forced to undertake through a mire of riffs denser than a Nick Clegg speech, complete head-softening drumwork and death-dredging vocals, but oh sweet lord is it addictive in its speed-wretched depravity. Fans of Serpent Venom might sense a little riff-poaching has occurred for that monstrous final doom-gasm (‘Four Walls of Solitude’ anyone??) but it’s such a damn fine riff that I couldn’t honestly give a gorilla’s nipple where it came from.

‘Circle Of Shit’ neither pauses for breath, nor really even finishes exhaling as it hurtles into ‘Kill The Bastards’ – a shorter, snottier, punkier side of Burden Of The Noose’s ribcage-punishing assault. The dual guitars give every riff and groove a darker edge as if you’re being passed each one under the table of some backstreet drug-den in Bogota as a giant Columbian man screams and spits in your face until you cry. There are two devastatingly doomier breakdowns to wade yourself through before some snare-battering and gang vocals kick you out on your arse in the street, soiled and broken, yet sadistically hungry for more.

Caps well and truly doffed then to Gareth, WPC and Burden Of The Noose for a well-produced bout of dirty, filthy and incessant rage. The only thing ‘Kill The Bastards’ doesn’t quite top is witnessing Burden Of The Noose do it all live and loud in close confines, which is a gloriously different headache altogether, but it comes pretty damn close. Limited to just 100 physical copies, grab yours before it’s too late and roll on whatever is in store for WPC002. 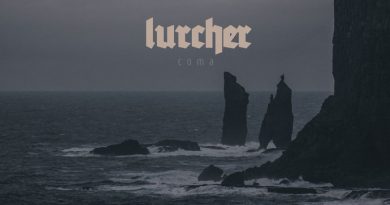